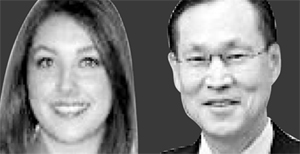 BOSTON - It is perhaps inevitable that contraception and population growth are controversial topics, given the many perspectives brought to bear on them. Reproductive-health activists focus on family planning and a woman’s right to control her own body. Economists look at the impact on sustainable growth. Governments fret about overpopulation and unemployment. Health workers worry about sexually transmitted diseases and malnutrition. Striking the right balance among these different viewpoints is no easy task - but much depends on getting it right.

New contraceptive technologies - in the form of condoms, pills and implantable devices - provide reversible and permanent forms of protection. But their usage varies widely - from just 4.8 percent of young women in Chad to 84.6 percent in China - reflecting differences in cost, availability and cultural norms.

Contraception indisputably brings health and socioeconomic benefits. A 2012 study reported that its use averted an estimated 272,040 maternal deaths in 2008, 44 percent fewer than might otherwise have occurred. Contraception use has also helped less developed economies by raising women’s employment and earnings potential.

But perhaps one of the most important economic effects of contraception concerns the “dependency ratio” - the proportion of available workers to pensioners, children and the infirm. Lowering the birthrate lowers the overall dependency ratio - though at the risk of future labor shortages, weaker consumer spending and reduced productivity. And, as more people live longer, and the relative size of the working-age population falls, the dependency ratio can begin to rise, with serious socioeconomic repercussions, because older people require more health care and draw pensions.

On the other hand, rapid population growth as a result of higher birthrates can threaten the well-being of the poorest communities and countries, by altering the dependency ratio at the other end of the scale. Sub-Saharan Africa and the world’s other poorest regions have recorded significantly more than 2 percent annual population growth in recent years, whereas the demographic trend in the advanced economies of Europe and Asia has been flat or declining

Simulations indicate that the optimal average number of children born to a woman over her lifetime is around 2.3. This is the total fertility rate (TFR) required to maintain current population levels (the replacement rate). Unfortunately, few countries strike the right balance, with country averages ranging from 6.9 (in Niger) to 0.8 (in Singapore). The CIA World Factbook reports that 141 countries (approximately half of the world’s population) fall below the replacement rate, with population decline projected in some cases to reach 20 percent by 2050.

Some countries, such as Germany and France, are trying to raise their TFR to the replacement level. Others are struggling to bring down their TFR, because of fears about future mass unemployment and social unrest. In all cases, economic circumstances and social pressures will dictate the level and speed of population growth.

That is why much attention has focused on the impact of a growing global population on food demand. A rising population has been associated with starvation and malnutrition in some parts of the world. Until recently, the global population was predicted to surpass 11 billion by 2050, triggering Malthusian fears. Thanks in part to lower fertility rates in industrialized countries, this projection has been adjusted downward, to about 8.9 billion.

But such fears remain. The risk is that policy makers and campaigners will conflate the problems of food shortages and starvation with that of population management and its long-term social and economic consequences. In fact, according to a forecast in 2002 by the United Nations Food and Agricultural Organization (FAO), global food production will exceed the needs of the global population by the year 2030, largely owing to the Green Revolution of the past half-century.

Arguably, the causes of food shortages are to be found in the organization, distribution and waste of resources, not population growth. The United Kingdom’s Institution of Mechanical Engineers estimated in 2013 that 1.2 billion to 2 billion tons of food (30 to 50 percent of total food production) is wasted annually. This far exceeds the 230 million tons of food produced in Sub-Saharan Africa.

At the same time, the FAO estimates that 870 million people worldwide - 90 percent of them living in developing countries - suffer chronic undernourishment. Furthermore, approximately half of the 10.9 million children who die each year do so as a result of poor nutrition, while more than 1.4 billion adults and 40 million children are overweight or obese.

None of this should divert attention from the need to achieve a balance between population growth, appropriate dependency ratios for countries at different stages of economic development, and the fight for women’s reproductive rights. These are long-term issues that require international cooperation and collaborative research. Indeed, like climate change, population balance is a global issue that must be addressed carefully and rigorously - and before it is too late.

BY Karen Buch and Duksoo Kim