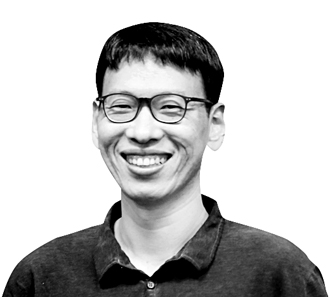 The software developer annually presents the award to seven or eight young professionals who have conducted outstanding research in the field of computer science.

Those honored, who are eligible for the Turing Award - equivalent to the Nobel Prize in the tech world - are given a $100,000 research grant.

Chun is not only the first Korean, but the first Asian to receive the fellowship. He was recognized for his work on the Retainable Evaluator Execution Framework (REEF), a platform that can effectively analyze big data and what IT industries consider a future driving force.

Chun released REEF as an open-source software last January. It analyzes data 10 times as fast as original devices and a number of domestic and foreign IT companies are already using the platform to develop new products.

“Analytical efficiency is most important for big data, which is used to guess customers’ choices,” said Chun. “With increased analyzing speed, companies can make personalized content or advertisements on a real-time basis.”

As a result, the costs of running a data center, which stores and runs mass amounts of data, are decreased significantly.

Big data analysis, he added, is the “work of finding a way to see the future.”

Organizations can utilize REEF to reduce government expenses by calculating the likelihoods of calamities - infectious diseases and natural disasters. Users can develop future-oriented service industries with it, and REEF can even predict a certain individual’s potential to commit criminal activities.

“Just as the [Windows Operating System] opened the era of [personal computers], I want to create a big data OS that allows anyone to analyze big data easily and quickly,” Chun said.

Microsoft was impressed, in particular, with Chun’s development of an analytical platform that suits current industrial trends and is also innovative.

Chun, who graduated from Seoul National University in 1994 with a degree in electrical engineering, received his PhD at the University of California, Berkeley in computer science.

He then worked at IT laboratories at various companies, including Intel, Yahoo and Microsoft. This unique experience in such a short amount of time gave him a competitive edge, and he returned to Seoul National University as a professor last year.

“Software can change the world with just one idea,” Chun emphasized. “I hope to create a software research group that will be recognized domestically and globally.”