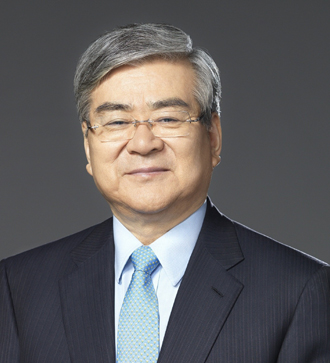 Days after media reports exposed concerns over the nomination of a former bureaucrat who has never managed a sporting event to lead the 2018 Pyeongchang Winter Olympic Games Organizing Committee, the government instead nominated Hanjin Group chief Cho Yang-ho.

Late on Friday evening, the Ministry of Culture, Sports and Tourism said that the government had named the 64-year-old to head the committee, which Cho confirmed in a Hanjin press release.

“I will devote myself to making the Pyeongchang Winter Olympics a successful one with my experience and the knowledge I gained when I worked as the chief of the Pyeongchang bidding committee,” the release said.

On Thursday, the government named Chung Chang-soo, former vice minister at the Ministry of Land, Transport and Maritime Affairs, to succeed President Kim Jin-sun, who resigned from the post last Monday without giving a detailed reason.

But committee members were concerned over how Chung, who has never managed a sporting event, would prepare the world’s biggest winter sports showcase, so the government begged Cho, chief of the nation’s ninth-largest conglomerate and head of the Pyeongchang bidding committee in 2009.

Compared with former chief Kim and Cho, Chung is not a noteworthy man. Kim became president in November 2011 after he helped secure the International Olympic Committee’s bid to hold the 2018 Games in Pyeongchang. Chung was a vice minister at the Land Ministry from 2010 to 2011 and was CEO of the Incheon International Airport Corporation last year. He ran in the ruling Saenuri Party’s primary for Gangwon governor in the June 4 elections and lost.

Many members of the organizing committee said that the government had picked Chung because it could easily control him. The committee worried that he would not be capable of managing large-scale projects and solving construction problems.

When Kim resigned last week, Cho initially refused to replace him, saying he was too busy with running his company, but he changed his mind after the government persuaded him.

“I wanted to keep my promise that the country will make the event a successful one in the eyes of the International Olympic Committee,” Cho said.