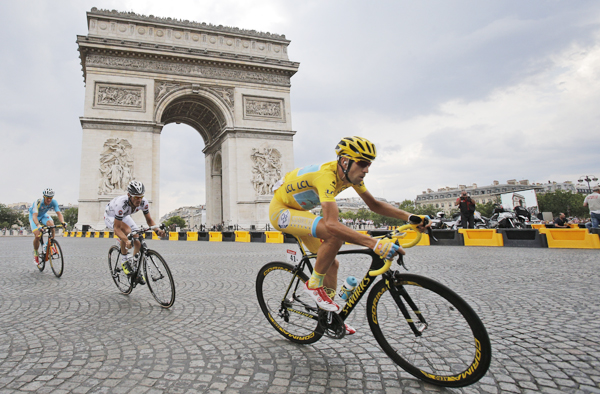 The 29-year-old Sicilian, who called himself “a flag-bearer of anti-doping’’ during the race, finished in the pack behind Marcel Kittel, who won the final stage in a sprint to the finish.

Astana team leader Nibali is only the sixth rider to win all three Grand Tours — France, Italy and Spain. The last Italian to win the Tour de France was Marco Pantani in 1998.

Nibali also won four stages, a feat not equaled by a Tour winner since Lance Armstrong won five a decade ago. He wore the yellow jersey for all but two stages since Stage 1.

His 7 minute, 52 second margin over runner-up Jean-Christophe Peraud is the largest since Jan Ullrich of Germany beat Richard Virenque by just over 9 minutes in 1997. [AP/NEWSIS]