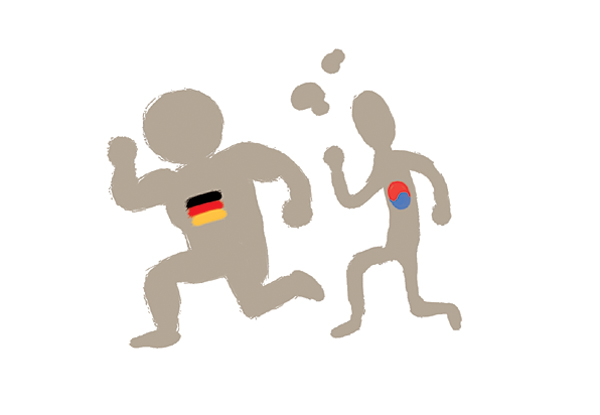 New Deputy Prime Minister for the Economy Choi Kyung-hwan, who is in charge of leading the country out of its economic malaise, has diagnosed the problem as the result of structural complications rather than temporary factors. Lackluster consumption has put a damper on investment sentiment. Corporate profits have not trickled down to boost household income, which caused families to tighten their belts, which again was a factor in companies putting off investment plans.

So far, he has hit the nail on the head. Wages and household income have been stagnant since 2008. Corporate earnings, however, have sharply improved thanks to corporate tax cuts and low interest rates, but companies chose to sit on them instead of investing anew. To usher the economy out of its labyrinth of problems, Choi’s team may have to be inventive, even to the point of blazing a new path.

It is not easy to determine the correct direction when the path is unmapped, so the economic team under the new head came up with the usual recipe - deregulating mortgage restrictions to stimulate real estate demand, expansionary fiscal and monetary policies, and taxing corporate cash reserves to encourage capital investment. There is nothing here that has not been tried before. Real estate, fiscal and monetary stimuli are the most common areas targeted to bump up domestic demand. Yet overuse of macroeconomic stimuli has, in fact, contributed to the structural problems.

Taxation of extra cash reserves may be a new experiment, but it could be challenged as double taxation since companies already pay taxes on their earnings. To what degree the new levy can prod companies to invest, hire and contribute to boosting domestic demand also is questionable. Most shares in large companies rich with cash reserves are held by foreigners or affiliates, which means even if they return some extra cash to shareholders in the form of dividends, the benefits won’t likely reach ordinary households to improve their income. If they use their cash reserves to increase wages for employees, wealth discrepancies between large and smaller companies will only widen.

As long as the tax option is on the table, it would be more effective to raise corporate rates on companies that generate net profits beyond a certain level and use the proceeds to help improve public welfare for the poorer classes.

If the government’s diagnosis determined that structural problems are the cause of the country’s economic woes, solutions and measures should have been focused to address them. But what the new economic team came up with are immediate makeshift actions. Consumption fails to recover because household income has been stagnant, weighed down by heavy debt and uncertainties about security in retirement. Companies have been reluctant to invest because of questionable business prospects. The life span of products has become shorter and shorter and the labor market remains rigid. Wages and myriad regulations on business expansion and construction all discourage new investment. In other words, companies will be encouraged to invest and spend if these problems are reversed - through more flexibility in the labor market, stable real estate prices, rational regulations and distribution structure, and pension reform.

Korea’s labor sector is heavily layered and protected. Employees on the permanent payroll at large companies are backed by powerful unions and enjoy lucrative compensation even by the standards of advanced economies. Companies inevitably have sought new hires on a less costly non-regular contract basis. As a result, the country’s irregular work force has reached 6 million, worsening inequality and undermining overall productivity as well as social security. Instead of resorting to financial subsidies, the government must allow more flexibility when it comes to layoffs and job migration in order to draw the irregular work force into a more permanent status.

The new economic team is fixed on easing mortgage-related loan regulations by arguing that the market is wearing summer clothes in winter weather. But the real estate market must weather all seasons to contain unnecessary bubbles. If raising loan ceilings helps revitalize the real estate market, it would come at the expense of increased household debt. The regulations are best left untouched in order not to aggravate household debt. If the aim is to convert high-interest mortgage loans from the non-banking sector into bank loans to help ease the burden on households, do authorities have any plans to protect savings banks after they lose mortgage-related revenue?

The components of domestic demand - consumption, investment, real estate market - are all sluggish because of stagnant household income. This is, as the government points out, due to structural rather than cyclical causes. The redistribution system must be restructured to raise productivity and incrementally ease household debt. The government should try to sustain the economy through macroeconomic stimuli while endeavoring to improve structural problems.

But a macroeconomic approach alone to stimulate the economy will only aggravate structural woes. Taxation, labor and land regulations require reform. Technology and management innovation must be encouraged through financial incentives. The new economic team’s dilemma is understandable. Fast and palpable actions are demanded of it. But both the problem and solution are in the structural context.

Let’s just hope that the new economic team has the courage and leadership to usher the economy down the road not taken.