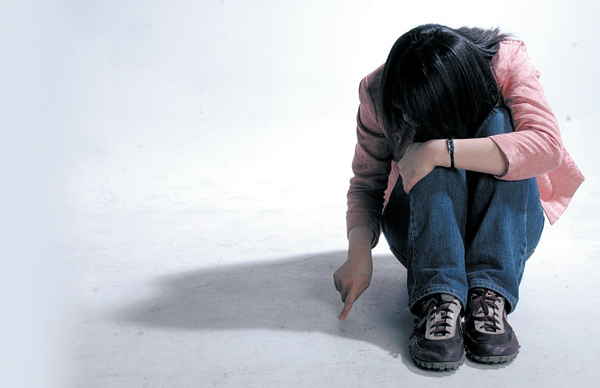 Life for young defectors without any family in the South is hard. Despite government incentives and help getting into school, these youths often regret having defected. [JoongAng Ilbo]

The poignant tales of North Korean defectors are nothing new. For as long as Korea has been divided, stories about poverty and abuse in the North have made their way to the South. But as tragic as life can be in the Communist regime, the defectors’ new situations in the south can be just as sad.

South Korean media paints defectors as outsiders, not too differently from how it treats ethnic Koreans from China, who are often stereotyped as criminals. Polls show time and time again that South Koreans don’t think much about reunification and even less about defectors residing in the South.

But no matter the public’s opinion, the fact stands that defectors are continuously coming in.

Left: A scene from “Our Family,” a documentary about 10 North Korean defectors and their “uncle,” Kim Tae-hoon. Provided by Mountain Pictures, Right: Stars of the documentary with Kim (back row, second from left) and director Kim Do-hyun (back row, center). By Park Sang-moon

Of the defectors in South Korea, around 3,229 are teenagers. And although admission into schools is easy with the help of the government, Hanawon cannot guarantee that the young defectors will fit in with their peers. While the ministry offers direct entry into state-run colleges and a 50 percent tuition bursary is given for private ones, it can’t force the students to stick around.

“There’s no doubt about it, even when they enter into the system it’s hard to fit in, and it’s rare for these kids to graduate,” said a spokesperson from the ministry.

Surviving in the competitive school system is tough, especially if you are a defector, and doubly so if you are without kin in the South. Vice Principal Danny Chung of The Great Vision School, an institution for North Korean students in Uijeongbu, Gyeonggi, said that he pays special attention to those without family here.

“We have about eight kids [out of 23] who are here on their own,” said Chung. “There definitely is a difference between those with family here and those without.”

The Ministry of Unification said that such youth are typically rare as the process of defecting is strategic, well planned and involves money.

But as infrequent as these youngsters are, the ministry said that they do pop up. And when they do, they are put into a care facility, referred to as group home. These homes are for children who are too old to be adopted and there are some 13 of them in the country.

With no additional benefits given to such young people - “we treat all defectors the same,” said the ministry spokesman - life is no doubt tough for Northern youth, who often come to regret having fled to the South.

But there are certain people who dedicate their time to easing young North Koreans into life here.

Kim Tae-hoon is in his late 30s and currently lives with 10 young defectors. Just 10 years ago, Kim was working at a publishing company, not at all concerned about North Korean defector issues.

“One day, a colleague suggested that I volunteer at this organization that cared for the kids. He said that I’d be good with them,” said Kim.

That was 10 years ago, and now he provides a home to children and adolescents ranging from 8 years old and upwards who would otherwise be living in group facilities.

Only three of his charges have blood ties in South Korea.

It began when Ha-ryong, Kim’s first intake, asked, “are you going home now?” after a day of playing at the facility. “I said to him ‘no, I’m just going to go home to get some clothes and I’ll be right back,’ ” said Kim.

Since then Kim has not had a night off and has put off marriage and kids of his own for the sake of the young defectors.

Kim’s story has been turned into a documentary, which was released on July 24. The film chronicles the life of a “surprisingly ordinary family,” according to director Kim Do-hyun, and took a year and five months to film.

Both Kims said that through the documentary they hoped public opinion of defectors would change.

Despite the love they receive at home, Kim Tae-hoon said that his dependents are treated as second-class citizens.

“Of course, if I was to air all the grief I had in my head, it’d take more than three days, but there are so many things that need to change,” said Kim. “For instance, at school, if something happens and it involves a defector, even when it’s clear to everyone that my kids were not in the wrong, they are blamed for it.”

Kim added that he thinks schools often desire for North Korean defectors to “just drop out.”

A few of his wards talk about prejudice in the documentary and confess that at times they feel guilty when North Korea fire a missile.

“This society has a way of saying, ‘you are different, and therefore you are the problem,’ ” said Kim.

For this reason, many defectors don’t tell their peers that they are from the North, often opting to say they are from Gangwon when asked about their dialect. The same goes for Kim Tae-hoon’s charges. Kim always allows them the choice of whether to hide their identity or not.

“I guess the ones who come here alone have fewer people to rely on, and while I try my best I can’t be their mom and dad,” said Kim, who mentioned that only three of his dependents have relatives in the South. “It’s my job to lessen the gap but I don’t think I can fill the void completely.”

Kim also encourages the defectors to talk about their loved ones in the North.

“My kids talk about their family back home in a very natural way,” he said. “While eating they’ll say they’d eaten [the food] before with their family and such.”

And with new additions to the family, too, Kim is open and egalitarian. The young people always have a say about taking on a new member when Hanawon calls with a request.

“This [10] is how many I’m comfortable with,” said Kim. “From five to six there isn’t much a difference and from six to seven it’s the same, and because of this I thought it was important to decide on a number because otherwise I wouldn’t be able to devote myself to the kids, and that’s not fair.”

Kim said that there was some fierce opposition from his own family and friends when he chose the life of full-time child rearing.

“My friends called me a lunatic and questioned why I felt so close to them [the defectors],” said Kim.

“And even now, I can’t put a reason behind why I chose this lifestyle... When I looked into Ha-ryong’s eyes I saw sadness and fierceness. Back then there was a lot more sadness than now.”

For Kim, being a full-time uncle is rewarding beyond words. With many young defectors regretting leaving the North, Kim has always done his bit to make them feel welcome in the South.

“Some of my kids have never been to a school before they came to South Korea, but it’s amazing to see them assimilate and even do well after a while.”

Chung, who has seen some 250 students come and go, says that these students may receive an advantage by coming here. He said that how well a child adjusts in the South may depend on “what kind of family members they have as caregivers,” he said.

“For example, if they had an alcoholic or an abusive parent, it’s better off that they are here on their own.”

And in place of family and government handouts, Chung thinks that help from South Korean peers and adults could be the answer to a young defector’s successful integration.

Early this year, one of the most promising Memorandum of Understandings was signed between Chuncheon University of Education and Hanawon, which will enable Chuncheon students to volunteer and meet with defectors.

“They are starting afresh in a foreign environment, so they do need mentors that can help them answer questions,” said Chung regarding his students. “It’d be great if university students could become mentors for these kids because teachers can’t be there with them 24/7.”

“It could be on a credit basis, but of course it’d be nice if they could just be a friend to the kids.”

Kim agrees that assisting a young defector may work out to be in the favor of the helper.

“To let the kids know that there is someone on their team, I don’t think you can empower anyone more than that,” said Kim. “Although these kids come from elsewhere, they are here now and this is their new home. This is where they’ll put down their roots and to know that I can cheer them on and to have them know that they have a family now is a great thing.”