Messi’s tax fraud trial not over yet

Messi’s tax fraud trial not over yet 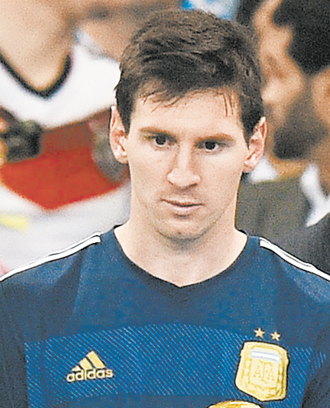 A Spanish judge on Monday rejected a prosecutor’s request to drop charges of tax fraud against Lionel Messi and ordered the investigation into three cases of suspected unpaid taxes to proceed.

A court statement said there was “sufficient evidence’’ to believe the Barcelona and Argentina star “could have known and consented’’ to the creation of a fictitious corporate structure to avoid paying taxes on income from his image rights.

The statement was issued by the court in Gava, Barcelona, that was initially called on by prosecutors to investigate if there was a case for Messi and his father to answer.

In June, Messi’s public relations firm said a prosecutor had agreed to drop the tax fraud case against the player and his father.

Messi’s father, Jorge Horacio Messi, is under investigation for an alleged 4 million euros ($5.3 million) in unpaid taxes from 2007-9.

Messi’s father made a payment of more than 5 million euros ($6.6 million) in August 2013 to cover alleged unpaid taxes, plus interest.

Monday’s statement said it was not necessary for Messi “to have full knowledge of all accounting or corporate transactions or the exact amount of the fraud’’ for him to have had a clear idea of an intention to defraud.

Once the investigating judge finishes his deliberations, he will give the tax office and the state prosecutor’s office 10 days to come up with a strong case against Messi or a final decision to dismiss the case.

Should the judge, backed by a new decision from tax and prosecution authorities, rule the case against Messi must go ahead with an indictment, the Barcelona star would have to appear in court to be questioned.

Spain has been cracking down on tax evasion as it fights to repair the country’s public finances after a prolonged recession triggered by the collapse of its once-booming real estate sector.

Finance Minister Cristobal Montoro warned footballers that they should make sure they were “comfortable” with their tax affairs.