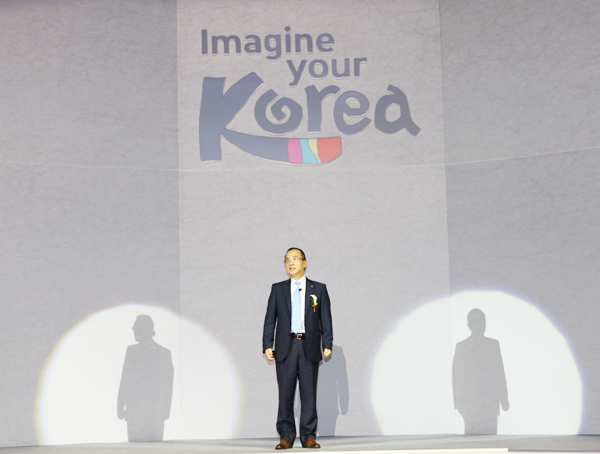 Byun Choo-suk, CEO of the Korea Tourism Organization, presents the new tourism promotion slogan “Imagine Your Korea” to the public in a launch ceremony on July 22 held on the Floating Islands on the Han River. Provided by KTO

The Korea Tourism Organization (KTO) is inviting international tourists to travel around Korea in celebration of its new slogan “Imagine Your Korea.”

In the past, tourists typically joined group tours that focused on historical sites or downtown Seoul, but now the organization is encouraging travelers to visit local and unique places such as boutique shopping streets or drama and film locations. The new slogan encompasses the dynamic experience Korea offers to each visitor depending on his or her interests.

The tour invitation is part of a campaign called “To:ur Imagination,” which aims to introduce Korea’s hidden beauty to the world. Members of Hallyu boy band Big Bang were named honorary ambassadors to promote the campaign with their creative image. They recently starred in a commercial online and on television that was shown in many countries, including China, Indonesia, Japan, Russia and Thailand. The organization is planning more marketing events through new media such as social networking sites and smartphones.

The KTO will select eight pairs of travelers to tour Korea for three nights and four days in October and November. Candidates can apply for the campaign online at www.tourimagination.com.

Other lucky winners will get autographed Big Bang albums, MCM backpacks and iPad mini Retinas. A video of the tourists’ adventure and joyful moments in Korea will also be posted online.

Last May, the KTO invited celebrities from China, Japan, Thailand and the United States to explore various parts of Korea with diversely themed experiences. 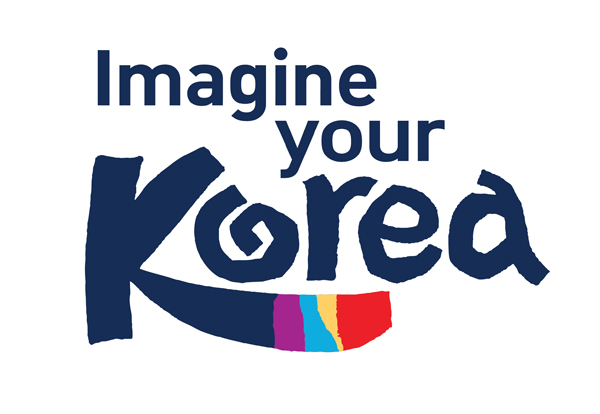 Mario Mauer, a Thai actor, went on a K-Trend tour, which leads tourists around market places in Korea such as Heyri Artist Village in Paju, Gyeonggi; Samcheong-dong, east of Gyeongbok Palace; and Garosu-gil, southern Seoul, to discover contemporary Korean trends. “I was overwhelmed by the charms of Korea with its magnificent culture and excellent cuisine,” Mauer said after the tour.

Michelle Phan, a makeup artist famous among YouTube users, indulged in Korea’s beauty treatments and spas while testing out Korean makeup and relaxing on Jeju Island on the K-Beauty and Romantic Getaway tour.

“The natural beauty of Korea I encountered during my spring vacation was marvelously impressive,” commented Phan.

Jiang Xin, a Chinese actress and Kenichi Ebina, winner of America’s Got Talent 2013, also went on special-themed tours such as K-Dance Performance and K-Drama. They were also inspired by the experiences during their travels. Xin said she felt as though she transformed into a character from a Korean drama.

The video clips of the celebrities’ journeys are available on the organization’s official website. Those who share the movie on social media can win raffle prizes such as the latest PC tablets, portable photo printers and fashion items worn by Hallyu celebrities.

The organization expects “To:ur Imagination” to draw the attention of many global travelers to Korea.

“Our campaign will trigger imagination on Korean environment and culture,” said a KTO official.