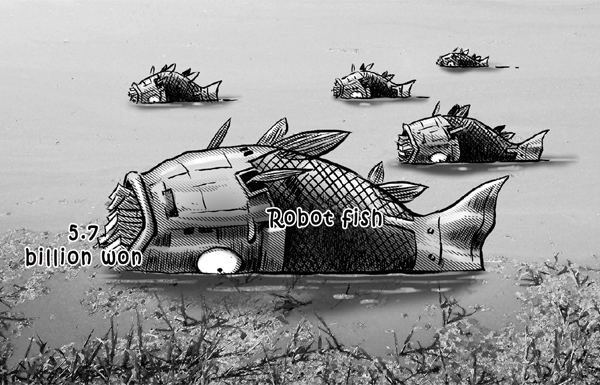 According to the results of the Board of Audit and Inspection’s investigation into “robot fish” - underwater robots developed by four state-funded institutions at a cost of 5.7 billion won ($5.57 million) to monitor water pollution in the four-rivers restoration project under the Lee Myung-bak administration - all seven prototypes were malfunctioning.