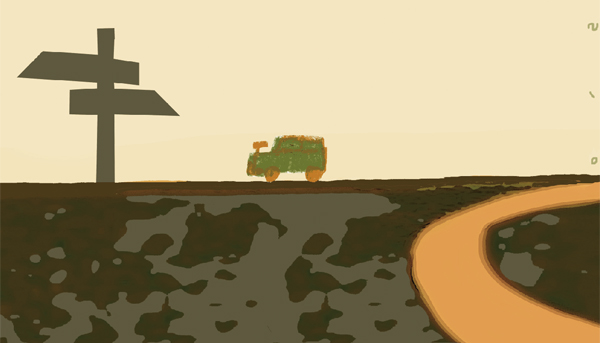 Choi Kyung-hwan, the new deputy prime minister in charge of economic affairs, is out to blaze an unprecedented course for the economy. While speaking ahead of President Park Geun-hye in his first economy-related cabinet meeting, Choi said, “The economic team will have to choose a path not found on the map if it wants to make its way out of myriad problems.”

He laid out the details of a “nontraditional way” in the finance ministry’s revised economic policy outline, suggesting aggressive expansionary policy even at the risk of jeopardizing the integrity of public finances. Few administrations in the past dared to put the country’s prized public finance integrity at risk in the pursuit of macroeconomic policy. He defied strong protests and eased long-defended mortgage loan restrictions - loan-to-value and debt-to-income requirements - to boost the real estate market. They are widely prescribed, but hitherto avoided, economic stimuli.

He also placed the highest priority in economic policy on generating growth in household incomes that could translate to a recovery in domestic demand. Increases in household spending could stimulate corporate investment that could trigger the end of the sluggish cycle in the economy.

The outline has been designed to change the paradigm of public economic policy from a focus on manufacturing and exports to domestic consumption. He clearly was taking an entirely different direction from the familiar way of the Korean economy.

We will never know where an unfamiliar path will take us unless we walk it. Choi’s suggestion, therefore, may be worth the risk. The past government and the incumbent administration in its first year have hardly been inventive or enthusiastic in their economic maneuvering. Even as the economy was inactive or in slow motion for years, bureaucrats blamed it on unfavorable outside road or weather conditions and did not think about changing the engine or route. The economy spent years just muddling along on makeshift measures.

In the meantime, the economy became weaker and gathered structural problems. The economy may come to a full stop if it does not get immediate traction accompanied by a structural makeover. Choi has suggested a combination of actions off the book. His argument is that both the economy and consumers need heavy doses of resuscitation to shake off a comatose state. For now, a new way is better than nothing.

An eager veteran politician who has the full confidence of the president may be just what the economy needs at present. The stock market apparently has been pleased with the new finance minister’s show of determination to stimulate the economy. Share prices have been renewing annual highs since Choi took office.

An air of expectation and hope similar to what Japan showed toward Abenomics - an aggressive mix of fiscal and monetary stimuli championed by Prime Minister Shinzo Abe - is sensed in Korea.

Choi also dared to address labor issues. Under his order, the tripartite labor, management and government committee was reactivated. So far, he appears to be in full command with eyes on every corner of the economy. There are finally signs of hope for an economy that had been heading downhill.

There is no guarantee that the way forward will be a fast and safe one. Because there is no pathfinder, we may end up taking a wrong turn and getting lost. The visited path has warning signboards. In order not to go astray, the commander must be extra vigilant and watchful of dangers in paving the new way. What he is attempting to do is indeed risky.

First of all, we do not know where the path is headed. The direction is toward a better economy, but whether the ultimate goal is an immediate show of improvement or structural enhancement for a more lasting effect is unclear. The easiest answer is that the aim is to revive the economy in the short term and bolster growth potential in longer term. But that also is too ambiguous.

The correlation between macroeconomic and microeconomic action is vague. Choi believes corporate profit should trickle down to improve household economies. But how much common household incomes will benefit from increased corporate spending on dividends, wages and investment remains unclear. Regardless of the right set of prescriptions, how they might work on the economy is questionable. The government also does not seem to have thought out potential dangers, side effects and countermeasures that might need to be taken into account.

Unfamiliarity should not stop us from venturing out onto a new way. But more study is required to be sure where we are heading is the right direction. The so-called new way is not entirely new, as it had always been dubbed as a good idea.

To convert the economy’s reliance on exports and manufacturing to domestic demand and the service sector has often been cited as the best way, and deregulation as the means to get us there. But actions were stalled because of political risks and strong resistance from various interest groups.

Will and drive alone cannot help the new economic team. It needs more detailed planning and strategy. It must draw the new roads on the map and build them on its way. Even as we venture onto a new path, we still need a map and compass.