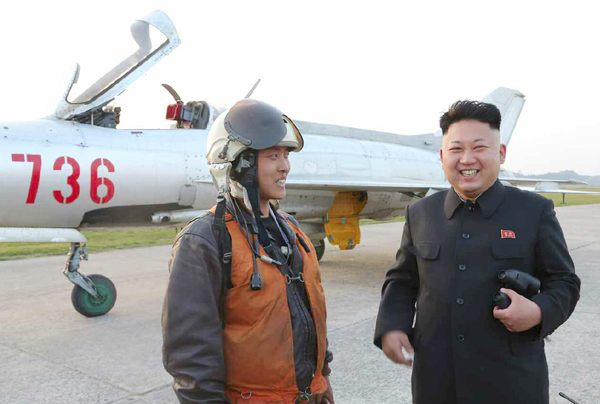 According to officials in the South Korean military, three North Korean MIG-19 fighter jets crashed between June and July during training exercises, apparently due to defects in their engines.

The aircrafts allegedly plunged into the Yellow Sea and fell to the ground of Koksan Airport, a military airfield in North Hwanghae province, after taking off.

“It is common to replace a fighter jet that is older than 30 years with a new one,” an official from the South Korean Air Force said. “No matter how it has been repaired or entirely renovated in its structure, it is hard to use [the aircraft’s] full capacity 30 years after it was manufactured.”

“The MIG fighter jets that recently crashed were actually on the verge of a natural death,” the source added.

Officials from Seoul said North Korea owns some MIG-15 or MIG-17 fighter jets, which were mobilized against the UN forces’ F-86 aircraft during the 1950-53 Korean War.

Most countries do not use the old planes anymore and only display them at their military museums.

The obsolete fighters are apparently at risk of being involved in an accident due to difficulties repairing or replacing the components of the old planes.

Despite the high risk of conducting flight drills with the old jets, Kim Jong-un has increased pilot exercises using the planes since April, Seoul officials said.

In fact, in April, the North’s official Korean Central News Agency reported that Kim had convened the “first pilot competition” among colonel-level officials and was putting an emphasis on boosting their combat exercises.

“North Korean air forces rarely receive flight training due to old aircraft and a lack of fuel,” a representative from the South Korean Joint Chiefs of Staff said. “While the impoverished regime could not replace the old planes with new ones, they pushed ahead with holding more flight drills, leading to the recent accidents.”

Meanwhile, Pyongyang has transported the old MIG fighters, which were previously dispatched to an airfield in Wonsan, an eastern coastal city, to an air base in Kuup, Tongchon County, Kangwon Province.

Seoul officials said the North also moved the planes to the base early last year because a runway at the Wonsan airfield was under construction.

The recent transportation of the aircraft to Kuup, which is closer to the inter-Korean border, could be part of construction of another runway on the Wonsan base, Seoul officials assume.

“There are some movements in North Korea to construct additional runways or extend the length of the runways following the reinforcement work on the runway last year,” a high-ranking South Korean military official said. “We see the construction is for landing and departure for a large-scale passenger plane.”

Still, officials said they are closely watching the jets’ relocation as it technically takes only five minutes for a plane to cross the border if it departs from Kuup.