Hanjin chairman back in the Games

Hanjin chairman back in the Games 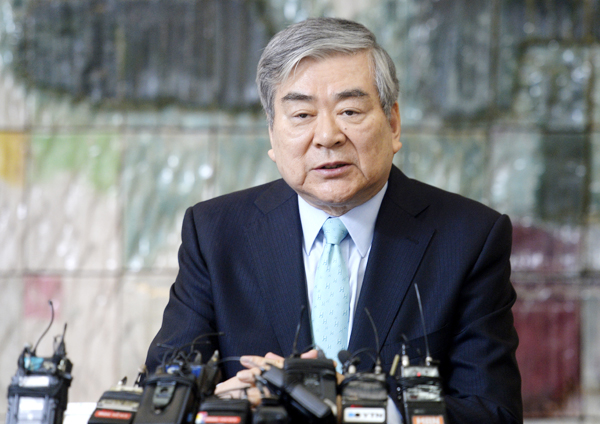 Cho Yang-ho, the business tycoon who led Pyeongchang’s successful bid to host the 2018 Winter Olympics, will take charge of the local organizing committee following the sudden resignation of a top official.

The Hanjin Group chairman was unanimously elected in a meeting of 94 committee officials on Thursday and will serve out the remainder of Kim Jin-sun’s scheduled term as the Pyeongchang organizing committee president, which was due to expire in October 2015.

“I feel heavy responsibility,’’ Cho said after his election. “I’ll do my best to achieve a successful hosting of the Olympics based on my experience as the bid committee chairman.’’

Kim’s departure sparked media speculation he may have been fired by the government amid concerns about construction delays and domestic sponsorship problems.

South Korea’s government audit agency said last week it had conducted a special audit of the organizing committee over its preparations for the Olympics. Audit officials said the weeks-long investigation assessed financing and management and said the results of are expected within three months.

Cho’s election requires the endorsement of the sports minister, which is considered a formality.

International Olympic Committee officials who visited Pyeongchang recently expressed no major concerns about preparations for 2018. The IOC last week said it has “full confidence’’ in the organizing committee.

Preparations for the last Winter Olympics in Sochi, Russia came under heavy scrutiny for construction delays. The International Olympic Committee has already taken measures to help speed up preparations in Brazil for the 2016 Olympics in Rio de Janeiro.