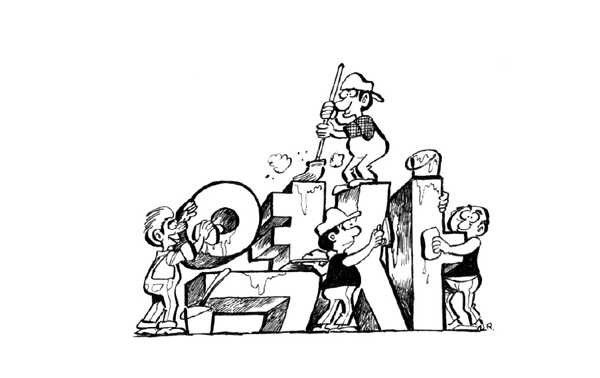 Wherever you go in France, you can find a memorial for the war dead, even at small villages. Most of these memorials are for victims of World War I, rather than World War II. World War I left such a deep scar on France that the phrase, Grande Guerre, or “The Great War” refers to World War I, not the more recent one.

Throughout the war, from 1914 to 1918, France acted as the war front, and even when Germany surrendered, its forces were in French territory. France suffered the biggest casualties, with one third of French adult men dying during the war

The meaning of World War I is also more profound than World War II to France, as the two were very different in nature.

Despite the justifications of World War II as a confrontation between good and evil and resistance against German savagery and Nazi cruelty, France was occupied by Germany throughout the war. This meant that France did not receive proper treatment as a victorious country from other members of the allied powers after their victory. The Vichy France and Nazi collaboration also was a burden to France’s historical memory.

However, World War I has a glorious history for driving out German aggression and has left the valuable lesson for the French that they can overcome any challenge and crisis when united. In every crisis, the French emphasize how it overcame the Grande Guerre. Marking the 100th anniversary of the breakout of World War I, French President Francois Hollande called upon the nation to unite.

As the significance of World War I is so profound, French civilian groups actively manage local World War I memorials, monuments, battle sites and cemeteries. Nov. 11, the day of Germany’s surrender, is celebrated as Armistice Day, reminding the younger generations of the history. French history is sustained and the national identity is reaffirmed through this.

Reconciliation and friendship among those who fought in the war is also a major part of managing the history. On the 70th anniversary of the breakout of the war, French President Francois Mitterrand and German Chancellor Helmut Kohl attended a joint memorial service for the victims of the Battle of Verdun, the site of the fiercest battle in World War I.

This August, French President Francois Hollande and German President Joachim Gauck will visit a memorial for the war dead in Alsace, a French region adjacent to Germany. Countries that share borders are obliged to manage history together.