Safety should be centralized

Safety should be centralized 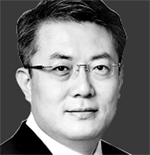 Municipal firefighters across the nation have demanded that the government change their job status to government-level from provincial-level, citing a lack of coordination in responding to emergencies resulting in many casualties, including the Sewol ferry sinking and the crash of a firefighters’ helicopter. The Ministry of Security and Public Administration is opposed to the idea. It argues that fire services fit better under the jurisdiction of local governments and that a change in its affiliation undermines the principles behind autonomous governments, which want to keep the power within local governments. It also cites the United States and Japan, where most firefighters work for municipalities, except for a few federal jobs.

But its argument is entirely wrong. It is based on the outdated perspective on fire services that see them as limited to fire control and paramedic assistance. Employees of fire departments are not just responsible for examining the safety standards of buildings and responding to emergency situations in their jurisdictions. Today, they are frequently called upon for duties outside their jurisdictions whenever and wherever emergencies and disasters occur. Their primary job is to guard the safety of the public in all areas, not just around the area near where they are stationed.

Firefighting has become just one part of their job description. Their role has expanded to rescue, emergency response including medical services, and everyday safety. Fire departments respond to 45,000 fires a year on average, which makes up just 5 percent of their annual emergency calls. The bulk of their work goes toward ensuring public safety.

A survey by the Korea Association of Local Government Studies shows the changing trend. In 1991, district-level duty calls took up 63.5 percent of firefighters’ work. In 2012, the rate was down to 25 percent. Another 48.5 percent was related to national-level duties and 26.5 percent was joint national and district-level calls. Firefighting duties are no longer restricted to the municipal context.

If firefighting was a national organization, responses to many emergencies would have been better. One recent example is the large forest fire in Pohang, North Gyeongsang, in March. The local fire department was denied its request for chopper assistance from the nearby regions of South Gyeongsang and Ulsan City, which said that they too had to be on standby for their jurisdiction calls. The fire could not be extinguished fast enough and ended up killing one person, injuring 26, and damaging 111 homes and 79 hectares of forest.

The ministry is putting public safety at risk if it keeps fire services at a city and provincial basis. A new safety agency will be institutionalized following the Sewol calamity. But it will include just 1 percent of government-employed fire staff. The other 99 percent are still under the command of municipal and provincial government heads. Even after the government’s reorganization for more safety alertness, the multi-layered command system of fire services won’t change. We cannot expect fast and effective fire and rescue services with such overlapping and incoherent command hierarchy.

Those who oppose moving the fire post to the government-level cite the United States and Japan, where firefighters are organized on a city, town and village basis. But we cannot compare our cases to other countries. Controlling fires is the primary role of firefighters in the United States. But in Korea, they are in demand not only for emergencies, but also rescue, prevention, paramedics, disaster control and salvage and medical consulting. We should not emulate foreign cases without considering our environment.

The shift won’t cost much extra. Expenses come from taxpayers whether they are directed to the central or local governments. It will just require paperwork to transform manpower expenses and local facility subsidies to a national-level fire service budget. The extra cost will likely amount to about 400 billion won ($385 million). Firefighters are not demanding that their status be changed for their own good. They want a more efficiently structured system to protect and save lives. The public has the right to be protected and rescued wherever they are, regardless of proximity to a fire station.

* The author is a professor of public administration at Hansung University.