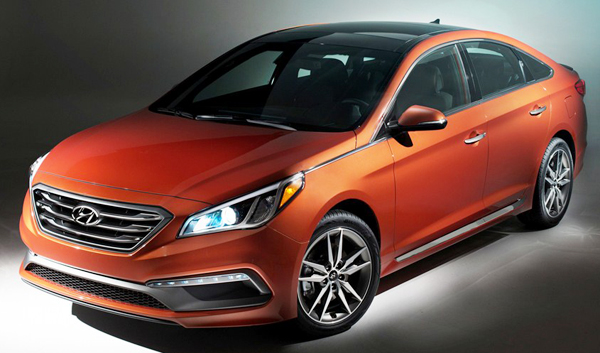 Korean automakers are off to a good start to the second half of 2014, posting solid sales figures at home and abroad.

Ssangyong Motor was the only company out of the five automakers not to post sales increases both at home and abroad. Ssangyong, which is owned by India’s Mahindra Group, sold 6,027 units in Korea, up 4.5 percent from a year ago, but exports dropped 13.2 percent year-on-year to 5,657 units. The automaker’s exports of complete knock-down (CKD) units also plunged 42.9 percent year-on-year to 144 units.

Ssangyong, the first Korean automaker to finish the wage negotiations this year, said exports were affected by the crisis in Ukraine. Russia is Ssangyong’s No. 1 foreign market. 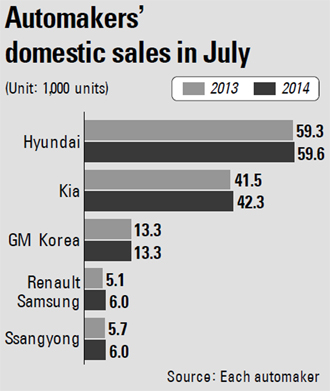 The automaker’s July sales were saved by exports, which more than doubled from June. Its sport utility vehicle QM5 accounted for 92 percent of shipments last month.

Kia Motors smiled for the first time in five months as July’s domestic sales were better than last year. The nation’s second-largest automaker sold 42,305 units last month, up 1.9 percent from a year ago and Kia’s best domestic performance this year.

The company attributed the increase to its new Carnival minivan. With vacation season in full swing, the third-generation Carnival, which was released in late May, sold 8,740 units in July, breaking the monthly record of 7,333 set in November 1999.

Its Sonata midsize sedan was the best-seller for the fourth consecutive months with 10,035 units sold. Of those, 6,366 were new LF Sonatas.

GM Korea, the nation’s third-largest automaker, also concluded negotiations with its union. The company sold 13,307 vehicles in the domestic market for its best month of the year and best July ever.

The Korean unit of the U.S. automaker General Motors has had 13 consecutive months of year-on-year domestic sales growth.