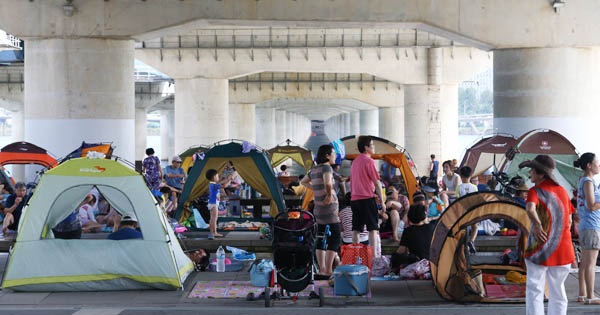 People escape the scorching summer heat in their tents at an urban camping site under the Mapo Bridge in Yeouido yesterday. The state weather agency issued a heat wave alert yesterday in Seoul and Gyeonggi, the first of the season, as temperatures rose to more than 35 degrees Celsius (95 F) for two consecutive days. The heatwave will ease as Typhoon Nakri approaches the country after passing over the southern island of Jeju this weekend. By Kim Kyung-bin