The Sasae proposal is the answer

The Sasae proposal is the answer 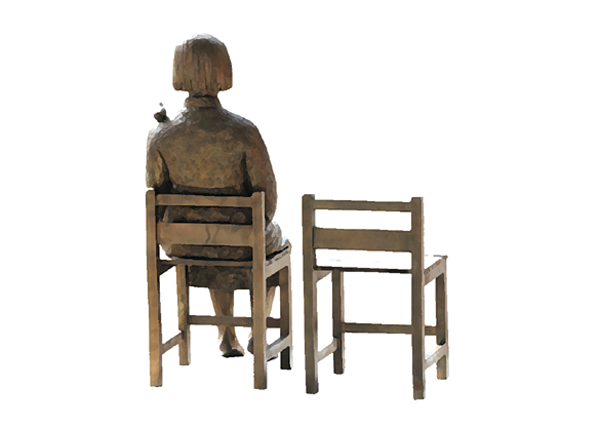 Korea and Japan’s state leaders ignored each other when they came face to face at an international conference, and the two nations’ foreign ministers also have not sat down for a proper meeting in some time.

The current state of Korea-Japan relations can no longer be tolerated. While the two countries’ relations have frozen, Shinzo Abe’s Japan is walking on a diplomatic path of practical gains by deciding to exercise its right to collective self-defense - endorsed by the United States in its ambition to contain China - and making a bargain with North Korea on the issues of Japanese abductees in exchange for reduced sanctions on Pyongyang.

The South Korean government, however, has no right to complain about the situation because it has shunned dialogue with Japan. Although director-level officials from Korea and Japan’s foreign ministries managed to keep their contacts, the issue of Japan’s sexual enslavement of Korean women during World War II has become a grave political matter, something beyond the scope of diplomacy.

This is why Washington is forcing Tokyo to improve Korea-Japan relations while pressuring Seoul to join the Korea-Japan-U.S. trilateral security regime. Apart from U.S. pressure, Japan worries that Korea is leaning toward China on the balance of China’s contests against the United States and Japan. This is why Abe wants to have a summit with President Park Geun-hye.

Park’s position, however, remains stubbornly unchanged because she has no trust in Abe. Like a person with two tongues, Abe talks about restoring Korea-Japan relations with one mouth while ordering his officials to reconsider the 1993 Kono Statement and the 1995 Murayama Statement with another.

He also does not hesitate to make provocative remarks, like saying American troops in Japan must obtain Japan’s permission to leave the country to intervene in conflicts on the Korean Peninsula.

It is natural for Park to have doubts about having a summit with a two-faced leader because the meeting will unlikely produce a meaningful agreement and the agreement will unlikely be kept.

And yet, it is the geopolitical order of Northeast Asia that the two leaders must politically resolve the sexual slavery issue and restore relations. Korea also cannot rely on China forever when it comes to North Korea issues.

We already have a model to resolve the sexual slavery issue. In March 2012, during the Lee Myung-bak administration, Kenichiro Sasae, then the vice foreign minister of Japan’s Noda government, visited with a three-point proposal: The Japanese prime minister would make a formal apology; the victims would receive compensations under the name of humanitarianism; and the Japanese ambassador to Korea would visit the victims, read the apology on behalf of the prime minister and deliver the compensation.

The Korean government, which has demanded that Japan recognize its responsibility as a country and issue an apology, could not accept the second term that the compensations would be made under the name of humanitarian causes.

Through negotiations, officials agreed to change the humanitarian compensation to restitutions and added a plan that experts would conduct a truth-finding mission on the sexual slavery issue and educate future generations about the outcome.

President Lee agreed to the plan, but Noda showed reservations. It was reported that Noda was not protesting the revised plan because of the content, but because of his disagreement with Chief Cabinet Secretary Tsuyoshi Saito, who played a leading role in creating it. While the Noda administration was reluctant to approve it, the Liberal Democratic Party won victory in the general election in December 2012 and the Abe administration took power. The Sasae proposal became dormant.

The Sasae proposal was evaluated as the most realistic resolution under the given circumstances. Abe is less compromising and more nationalistic and revisionist than Noda. It is unclear if he will agree with utilizing the Sasae proposal. The thinking of the Park government is also unknown.

But if the two governments agree that they cannot leave current Korea-Japan relations as they are now, the Sasae proposal could be a great starting point. Japan’s perception of its past is key in the two countries’ conflicts and key in that perception is the sexual slavery issue. Without resolving this issue, the two countries cannot make progress.

Professor Lee Won-deog of Kookmin University, a Japan expert, recommended that the leaders of Korea and Japan have a one-point summit to resolve and discuss only the sexual slavery issue. It was suggested that Park and Abe meet on the sidelines of the ASEAN+3 Summit in Myanmar in November or the APEC Summit in China around that time to express their opinions and outline a general agreement. Lee then proposed that they have an official summit next year to finalize the conclusion. It appears to be the best solution for now.

There could be protests in Korea claiming it won’t be enough, but Park can persuade them with her political position largely strengthened by the Saenuri Party’s overwhelming victory in the July 30 by-elections.

Appointing a politician, not a career diplomat, as the new Korean ambassador to Japan shows her strong determination to improve Korea-Japan relations. Expectations are high that the new ambassador, with the consensus that current relations with Japan can no longer be left alone, will make creative moves by working beyond the rigid scope of a career diplomat.