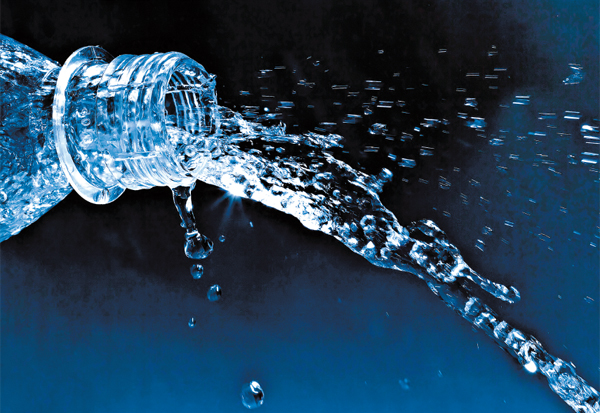 Water stress is intensifying. Due to overpopulation, a changing climate and a multitude of other factors, its distribution remains highly uneven. While some nations have more than enough, others have difficulty even obtaining drinking water.

More valued than oil, water is like gold. And water businesses are thriving. In 2025, it’s estimated that the market will be worth approximately 900 trillion won ($868.7 billion). A number of organizations worldwide are jumping to have a hand in industries related to water treatment and seawater desalination, and drinking water businesses increase each day.

It is coveted, necessary, and while it is essential for life, it can also cause bloodshed. Its value makes it worth the war, as well as a critical tactical tool in such a fight.

For example, “Water is now the major strategic objective of all groups in Iraq,” Michael Stephen, the deputy director of the Royal United Services Institute, a Qatar-based think tank, said in an interview early last month with the Guardian. “It’s life or death. If you control water in Iraq, you have a grip on Baghdad, and you can cause major problems. Water is essential in this conflict.”

The Euphrates and the Tigris in the Middle East “have historically been at the center of conflict,” and used distinctly as a wartime tool, according to the Guardian report.

In this case, the battle for water refers to the situation in Iraq. In April, fighters from the Islamic State in Iraq and Syria (ISIS), who occupied Fallujah, northwest of Baghdad, took control of the Nuaimiyah Dam on the Euphrates and blocked the water supply to the capital, cutting off supplies to the middle and southern parts of Iraq, where Shiites primarily reside.

Currently, the rebel forces occupy the upper part of the Tigris and the Euphrates, the second-longest river in the Middle East, which flows from Syria and Turkey into Iraq.

The water supply there is crucial, much more important than the oil refinery system, particularly during Iraq’s summer season. And while “there has never been an outright war over water,” Stephen added in the same interview, “water has played an extremely important role in many Middle Eastern conflicts.”

But despite concerns over unequal distribution and monopolies, in the strictest sense, there is enough water to sustain the planet, with 1.4 billion cubic kilometers on earth (326 million cubic miles), 97.4 percent of which is seawater. Frozen fresh water in the polar regions accounts for about 1.8 percent, and groundwater about 0.6 percent. That means the amount consumed by people in their daily lives takes up about 1 percent of water - enough for humanity to use and keep the ecosystem in balance. Water can also theoretically be recycled.

The main problem lies in the unequal distribution of fresh water supply among nations.

Compounding the issue is also water’s rarity, especially in the face of tremendous population growth. In 2011, the global population surpassed 7 billion, and it is estimated to reach 9 billion by 2050. In addition to overpopulation, frequent floods and drought also intensify the demand for water. And in developing countries, rapid industrialization and urbanization have a severe effect on water stress.

But it is this same inequality and rarity that bolster the water market. It’s not a big deal for countries with enough water, but in countries in need, water equals money. The situation is similar to the oil price hikes in countries that are oil producers.

Water has become an industry in itself - and it will inevitably grow. According to Global Water Intelligence, the global water industry was worth $482.8 billion as of 2010. That is larger than all the semiconductor industries and shipbuilding industries combined.

The idea of an intelligent water system has slowly begun to emerge as a popular idea in the business. Combined with information technology, it systematically controls supply and usage of underground water. Companies that provide a “total solution,” which includes everything from construction to programming, currently dominate the market. Those in Europe - France and Spain - are on top, while American and Chinese businesses are following suit. Global water market share among Korean companies currently stands at 0.3 percent.

The export levels of Korean corporations are far from impressive, accounting for $1.6 billion as of 2010. Desalination, concentrated in the construction sector, made up $14.6 trillion.

For this reason, it is crucial to expand into other areas that have higher profit rates, experts contend.

The Korean government planned a five-year water industry growth project under the Roh Moo-hyun administration, and outlined a water industry growth strategy in October 2010. Though, these ideas never saw much progress. Low export levels from the water treatment sectors are closely tied to Korea’s inability to provide “total solutions” that include construction and management.

Right now, France’s Veolia Water is No. 1 globally when it comes to water treatment. The company has an annual profit of 29.4 billion euros ($39.3 billion) and more than 80 percent of the business’ focus is on overseas outreach.

Among Korean companies, Koron is the only one with a vertical systemization that covers material production (Koron FM), the production of filtering equipment (Koron Industry), water treatment (Koron Life Science), construction (Kolon Engineering and Construction) and management (Kolon Water and Energy).

And as more people connect water with safety, the push to capitalize on the bottled water market has rapidly increased. Just two decades ago, water wasn’t considered a commodity. Now, however, most kitchens have water filters, and bottled water has become a staple on shopping lists.

Last year, bottled water ranked second by sales, pushing ever-popular soy milk down to third. Its market, which was around 156.2 billion won, grew fourfold. Bottled water sales in the first quarter grew 45.3 percent compared to the year before, and it is expected to surpass 600 billion won by end of 2014. More than 100 Korean and foreign companies sell water, and some Korean businesses, like Nongshim, are aiming to target foreign markets as well.

Following these trends in the water market, governments have been busying themselves. French companies, for example, are shifting their focus toward reaching foreign markets and lead the international standardization for drinking water. But as other countries continue their push, experts say Korea still has a long way to go in its efforts to break through in water-related industries.

“The privatization issue [in Korea] largely hinders the push. The focus should have been on corporations’ outreach abroad, but it wasn’t,” said one water industry insider. “Under the current government, much of the focus has been on the ‘creative economy,’ regulatory reform. So the water industry, which is categorized as a green industry, is far back in the line.”