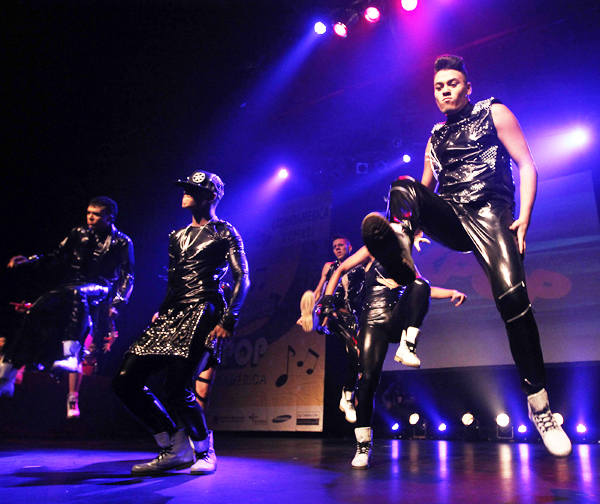 Colombian group StrongGer performs on stage during the fifth K-pop Latin America Contest in Buenos Aires on Saturday. The winners of the 2014 Latin America K-Pop contest will get a chance to compete in the 2014 K-Pop World Festival, which will be held in Changwon, South Gyeongsang. [REUTERS/NEWS1]