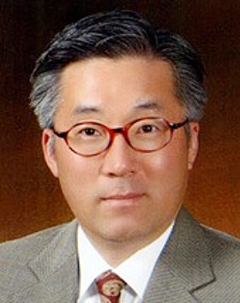 President Park Geun-hye named Kim Jong-deok, a professor of visual communication design at Hongik University, as the new minister of culture, sports and tourism yesterday after her previous nomination fell through last month.

“Nominee Kim was selected not only for his plentiful experience and expertise, but his excellent leadership and sense of the field,” presidential spokesman Min Kyung-wook said in a briefing yesterday.

He added that such characteristics were suitable to helping the state “realize the flourishing of culture.”

Kim, a 57-year-old native of Cheongju, North Chungcheong, graduated with a degree in visual design from Hongik University. He received his master of fine arts in film and television design at the Art Center College of Design in Pasadena, California, and his doctorate from Seoul National University Department of Communication.

Kim has also served as a director at Sunwoo Production, the head of the Korean Society of Design Science and the image director at U.S. broadcaster NBC.

But Kim’s appointment, after Park’s top choice, Chung Sung-keun, bowed out last month, comes generally as a surprise. Chung, a veteran television anchor and the president and CEO of the government-affiliated broadcaster Arirang TV, stepped down July 16, after coming under attack for allegations of drunken driving and for committing perjury during his parliamentary hearings.

If successfully appointed, Kim would replace former Culture Minister Yoo Jin-ryong, who was dismissed on July 17, leaving the post vacant for more than two weeks, which is rare.

Kim, if appointed, will be the last member to join the president’s newly launched second-round Cabinet after a major reshuffling of her administration in the wake of the Sewol ferry disaster in April.

However, taking into account Kim’s confirmation hearing process, it could be a month before the culture minister seat is officially filled.

Some Culture Ministry officials expressed concerns over the long vacancy, especially with Pope Francis’ upcoming visit to Korea starting Aug. 14, while others anticipated his confirmation given his experience and background.

The president can technically appoint a minister even if the National Assembly does not approve the candidate.