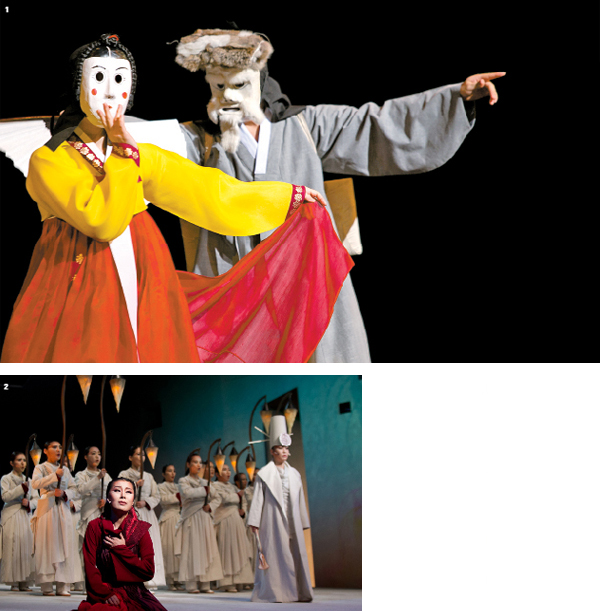 Most Koreans are now so familiar with “Chunhyang,” the Korean folk love story that comes from the pansori (narrative singing) performance “Chunghyangga,” that an upcoming changgeuk, or traditional Korean opera, based on the tale wouldn’t usually create much of a stir.

But what if was interpreted and presented by a non-Korean?

Romanian-born U.S. director Andrei Serban, a major name in 20th-century theater, has recently adapted the famous love story and will be directing “Chunhyangga” as part of the National Theater of Korea’s “National Repertory Season.” The show will premiere in November.

Kim Seong-nyeo, the artistic director of the National Changgeuk Company, says the upcoming opera will be “like no other.”

“When I took this post two years ago, I went to Columbia University to meet Professor Serban and asked him to direct the changgeuk ‘Chunhyangga’ as I had heard about his reputation for ingenuity,” said Kim. “But things didn’t work out that time, and I had to give up.”

Yet later, Kim explained, Serban contacted Kim himself and said that he would like to try his hand at directing “Chunhyangga.”

“I heard that Serban was told by Peter Brook [a prominent West End theater director] how great pansori is and that he should try directing a changgeuk before it’s too late,” said Kim. “I think he researched it and realized its beauty.”

According to Kim, Serban is in Korea at the moment for a pre-production workshop and brought a miniature stage and the script along with him.

“I often say this, but as an artistic director I have this feeling whether something’s going to work or not,” said Kim.

“When I read the script and saw that miniature stage, I had that feeling again, and I really wanted to watch this show myself.”

Kim said that she also felt the same when she first read the script for the adult changgeuk “Madam Ong,” which premiered last month. It had 23 performances, which is unprecedented for a changgeuk, a genre of Korean traditional music sometimes considered boring and difficult to follow. But among the 23 shows, six sold out. 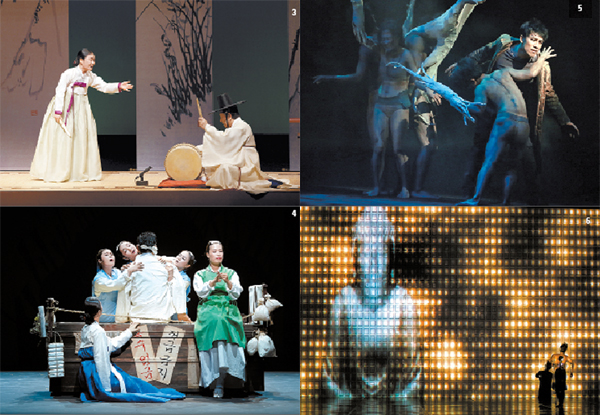 “When we first announced in 2012 that we’ll start the Repertory Season, we may have looked confident on the outside, but we had many concerns inside,” said Ahn Ho-sang, president of the National Theater of Korea.

Unlike previous years, the Repertory Season will launch with a performance from the National Dance Company rather than the Changgeuk Company, a “decision made out of courage,” according to Ahn.

The National Dance Company will perform three pieces for the Repertory Season, including two new works - “Tournament” and “Jaeui.”

For a detailed schedule of the National Theater of Korea’s Repertory Season, which runs from August 30 to June 27, visit www.ntok.go.kr.