Toward a new diplomatic path

Toward a new diplomatic path 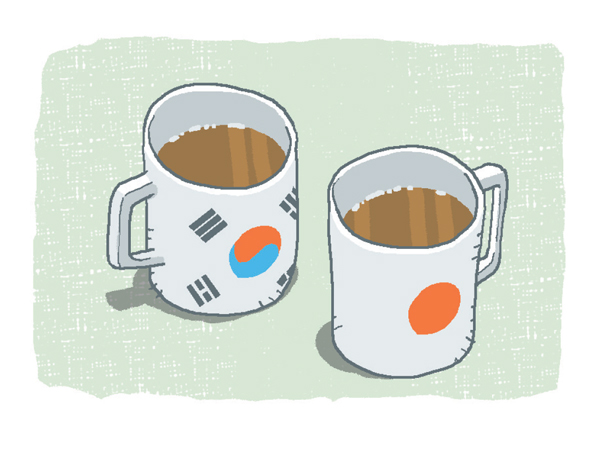 There are signs that diplomacy between Korea and Japan might be normalized. Living as neighbors for thousands of years, the two countries have had many twists and turns, but they are now facing a critical moment to work together to resolve many pending challenges.

Over the course of history, particularly in the modern period, Korea and Japan walked very different paths and had very different experiences and historical perceptions. In international relations, location is often the most important variable, but a deeply rooted national consciousness is equally important.

In Korea-Japan relations, diplomatic efforts that fail to understand the stark differences between the two countries’ national psyches are destined to hit a limit. Now is the time for efforts to find a way to work toward harmony and mutual benefits, not a collision.

During the process of Western imperial expansion in the 19th century, Asian countries including Korea, China and Japan were forced to deal with the pressure of such an unprecedented threat. During the crisis, only Japan made the decision to open up its country to western civilization and succeeded in a complete modernization of its national system.

Based on that development, Japan won victories in the Sino-Japanese War and the Russo-Japanese War, becoming a world power in the process. Japan then forcibly annexed Korea, which was tied down in its feudal system and later attacked China, thus embarking on its path of militarism. It is a general understanding among Japan experts that Japan, during this course of modernization, faced a paradox.

While it fully accepted Western civilization and systems, it could not avoid the problem of how to protect its own traditions and norms in the process. Whether this academic explanation is valid or not, we need to pay attention to the fact that the modernization process of Japan came with a serious duality in its relations with other countries.

In line with opening up the country, Japan’s foreign relations during the mid- and late-19th century fell into the dual structure of competing against the advanced West while trying to differentiate itself from the lesser-developed countries of Asia. One hypothesis is that the Japanese people’s complex against Sinocentrism, deeply rooted in their historical perception, was a reason for the country to aspire to such dual diplomacy, by leaving Asia and joining the Western countries.

Japanese intellectuals might have been repelled by the tradition of Sinocentrism, in which China was seen as the center of the world in terms of geography and civilization. The Japanese people could have been increasingly convinced that a country that achieved justice, morality and reason and upheld them as the rule of governance could be a true center of the universe, and that Japan could be such a country. During this process, the Sinocentrism complex - seeing China as a rival while looking down on it as an underdeveloped country - probably settled in the minds of the Japanese people.

One of the ill aftereffects from the Sinocentrism complex of Japan is the Korean Peninsula, Japan’s closest neighbor, is treated as a peripheral region that belonged to China; Japan therefore showed less respect toward Korea’s identity. Korea was a country that managed to refine and systemize Confucianism as the ideology of national governance. Korea was also a country with a political and cultural identity that developed the practice of paying tribute, through which a big country and a small country could live together. Japan, however, did not.

While Japan was absorbed in its military expansion during the early 20th century, Korea’s independence movement waited for liberation, studying republicanism, democracy and liberalism as well as Marxism, Leninism and socialism.

Unlike Japan’s democracy, which was put in place under American occupation forces after its defeat in World War II, Korea managed to achieve its democracy by fighting against a military dictatorship amid the turmoil of the Cold War and its industrialization. Reminded by that history, we can understand the differences in the national psyche of the two countries.

The era of imperialism ended with World War II, and it has been a quarter century since the Cold War, led by the contest between the United States and the Soviet Union, finally came to a close. And yet the fact remains that the struggle for hegemony continues to have a decisive effect on international order and peace in the 21st century - although the era of the U.S. as the sole superpower is ending. The United States and China are now engaged in a new struggle.

If these two country’s hegemonic aspirations result in a head-on collision, Asia is destined to face an enormous disaster. Korea, because of its sensitive location, needs to put all its efforts into creating a cooperative relationship between the United States and China.

Now is the time for Japan, the world’s third-largest economy with strong soft power, to make a decisive contribution to guide the U.S.-China relations to the path of cooperation, not collision, for the future of Asia. Moving beyond the nightmare of the past and for the mutual goal of making new neighbors in Asia, it is time for Korea and Japan to find a new course in their diplomacy by understanding and respecting each other.

*The author is a former prime minister and adviser to the JoongAng Ilbo.