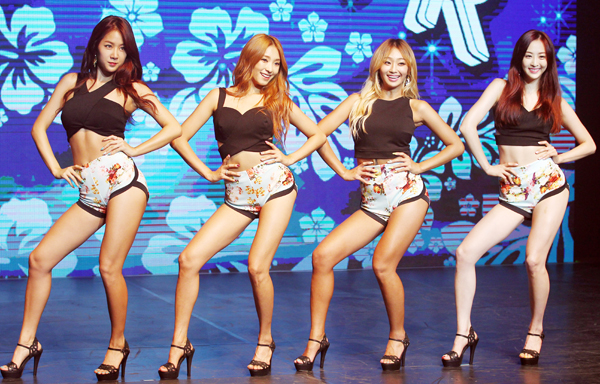 Sistar gave sweets wrapped in hand-shaped plastic cases to fans who came to see the girl group’s performance on Sunday. The gift, which they named “Sweet Hand,” was given to fans who came to watch the live TV show “Popular Song” on broadcasting channel SBS.

“Members of Sistar personally wrapped the gifts to thank fans who came to the music program’s studio in this scorching summer weather,” said Starship Entertainment, the group’s agency.

“We hope fans were able to make some good memories as members of the group thought really hard to come up with a memorable present.”

The group’s new song, “Touch My Body,” which was released last month, ranked No. 1 on the program’s music chart on Sunday. The song also topped other shows including “M Countdown” on cable channel Mnet on Thursday and “Music Bank” on broadcaster KBS on Friday.