No vacation from dangers on our highways

No vacation from dangers on our highways 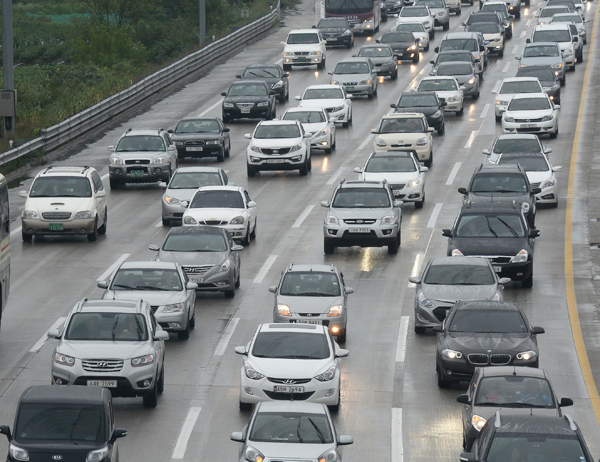 Cars are bumper to bumper Sunday on the Yeongdong Expressway, which connects Seoul and Gangwon. [NEWSIS]

It’s summer vacation season, but heading to that perfect getaway destination safely isn’t easy with more vehicles on the road and more accidents.

According to the Ministry of Land, Infrastructure and Transport, the volume of traffic on the nation’s expressways and rural highways more than doubles in August.

Accidents during the vacation period tend to result in more injuries, as traveling with family and friends means there are more passengers per vehicle.

According to a report from the General Insurance Association of Korea and the Korea Insurance Development Institute, which analyzed traffic accidents between July 20 and Aug. 15 over the past three years, the number of injuries increased 5.6 percent during the period.

The report showed 4,711 people were injured per day, although the daily average number of deaths decreased 3.8 percent to 9.41.

Based on insurers’ data, Korean drivers should be especially cautious traveling to Gangwon from 11 a.m. to 3 p.m. on Tuesdays during the summer.

The report said that during the summer vacation period, accident rates were typically uniform from day to day, except for a 2 percent increase on Tuesday.

For time slots, the number of accidents between 11 a.m. and 3 p.m. was 11 percent higher than average. However, the accident rate dropped 26.4 percent between 7 a.m. and 9 a.m., when most people commute.

Accidents involving drivers in their 20s went up 4.2 percent during the July 20-Aug. 15 summer vacation period, and fatalities of children under the age of 10 increased 33.1 percent. 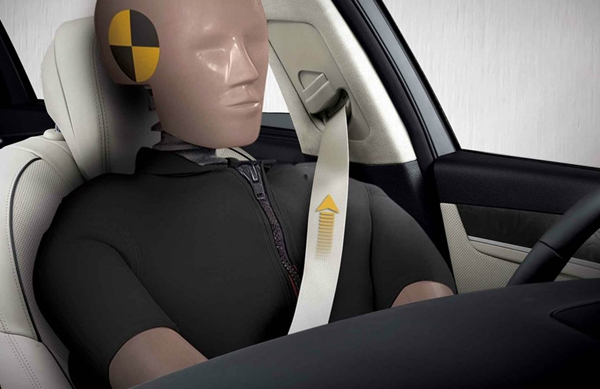 “Young children should be in car seats, while fastening your seat belt is a must,” said a spokesman from the insurance association. “Getting adequate rest also is necessary on long trips.”

Experts say the easiest way to reduce the chance of serious injury is to make sure all drivers and passengers wear their seat belts.

According to the Korea Transportation Safety Authority’s report, front-seat passengers wearing seat belts accounted for only 8.5 percent of severe injuries, which include head trauma in frontal crashes at a speed of 48 kilometers per hour (29 miles per hour). Without seat belts, the possibility of severe injury increased to 72.4 percent.

For back-seat passengers, the report showed a 99.9 percent chance of severe injury when seat belts were not in use; with seat belts fastened, the odds dropped to 10.8 percent.

Data from the World Health Organization shows Korea has one of the lowest rates of seat-belt usage among member countries of the Organization for Economic Cooperation and Development (OECD).

In 2011, 78 percent of Korean drivers used seat belts, matched with only 6 percent of second-row occupants. In Germany, 98 percent of drivers and 97 percent of back-seat passengers buckled up.

Automakers have been releasing “smart” seat belts to minimize the impact of crashes. Mercedes-Benz’s flagship S-Class uses pre-safe impulse technology, which pulls seat belts in the direction of the seats early in the crash.

Volvo, which was the first to introduce lap-shoulder belts as standard equipment in 1959, has a technology called pre-prepared restraints in which sensors scan the road ahead for potential hazards. This makes it possible to prepare and adapt the seatbelts and airbags for the expected crash force and thus help optimize protection in a frontal crash, the company says.

According to the Hyundai Motor Group affiliate, the seat belts work by automatically tightening and strapping a person to his or her seat if on-board sensors anticipate a crash or when the car is undergoing rapid deceleration or tight turns.