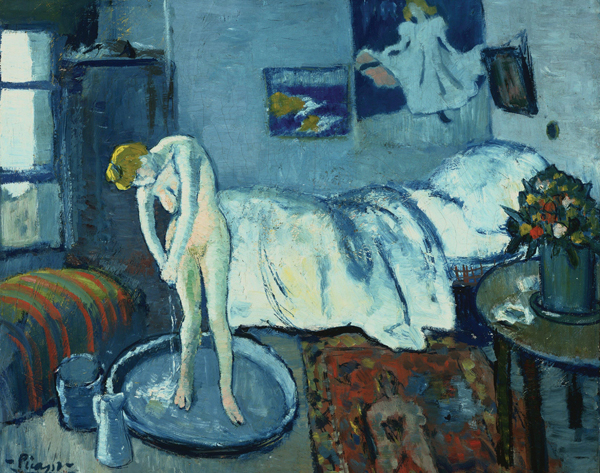 During summer, Korean art museums tend to hold large-scale exhibitions of 19th- and 20th-century Western masters of art in collaboration with foreign museums or galleries, targeting education-crazy students and parents.

This year is no exception. The Korea JoongAng Daily has already carried articles about Norwegian artist Edvard Munch’s first-ever retrospective in Korea and “Beyond Impressionism: Masterpieces from the Musee d’Orsay.”

Two similar exhibitions are also attracting public attention. One is “Picasso and Great Artists,” which started last month and runs through early October at the Daejeon Museum of Art.

Unlike its title, the exhibition is not focused on the Spanish modern master; it would be better to say that the show details Western art history between the early 19th- to mid-20th century, represented by works from the Phillips Collection based in Washington, D.C.

The exhibition’s 85 works by 68 artists are from the American museum, which was founded in 1921 by Duncan Phillips, who introduced modern European art to the United States.

The exhibition starts with masters of Neo-classicism and Romanticism in the early 19th century, including French artist Jean-Auguste-Dominique Ingres’s Orientalist nude painting “The Small Bather.” It ends with abstract painters of the mid-20th century, such as America’s Jackson Pollock and Korea’s Kim Whanki.

The highlight of the exhibition is Pablo Picasso’s 1901 painting “Blue Room,” not only because it is regarded as one of Picasso’s early masterpieces in his so-called Blue Period, but also because it recently triggered great public interest with the news that a hidden painting has been discovered beneath the top layer of the canvas.

In June, the Associated Press reported that scientists and art experts had uncovered a hidden portrait of a bow-tied man with his face resting on his hand beneath “Blue Room” by using advances in infrared imagery.

Quoting Phillips curator Susan Behrends Frank, AP said, “He [Picasso] could not afford to acquire new canvases every time he had an idea that he wanted to pursue. He worked sometimes on cardboard because canvas was so much more expensive.”

Visitors to the Daejeon exhibition can now see the infrared image of the painting hanging beside the painting “Blue Room.”

Another must see is “The Uprising”(c. 1860) by French realist painter Honore Daumier (1808-1879). Daumier started his career as a caricaturist, sharply attracting Bourgeois politicians and businessmen while supporting the republican system and the working class. Daumier’s “Uprising” is known to commemorate the 1848 revolution that led to the French Second Republic’s establishment.

Duncan Phillips “referred to it as the ‘greatest picture in the Collection,’?” according to the Phillips Collection website.

Meanwhile, “The Great Artists: Renoir to Damien Hirst” will be at Seoul Arts Center’s Hangaram Art Museum in southern Seoul.

The show features 104 works by 53 artists from the collection of the Paris-based Opera Gallery. The artists encompass 19th-century Impressionists like Claude Monet and Pierre-Auguste Renoir, 20th-century Surrealists such as Salvador Dali and Joan Miro, and hot contemporary artists such as Damien Hirst and Marc Quinn.

*“Picasso and Great Artists” show runs through Oct. 9. Admission is 12,000 won for adults.

Hours are 10 a.m. to 7 p.m. The museum opens everyday during the exhibition period.