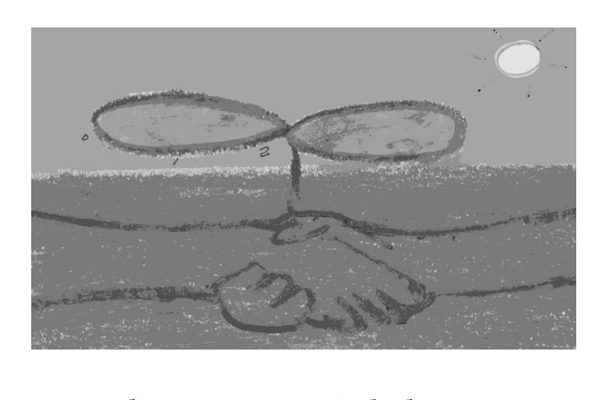 The Korean people should be proud of their democracy. Though not without flaws, including sectionalism and ideological polarization, Korea’s democratic transition nevertheless remains a powerful example for nations across Asia.

From Myanmar to Cambodia, when I ask both authoritarians trying to reform and civil society groups striving for greater political liberty, the example they are most likely to point to is not the United States or Japan, but the Republic of Korea.

Yet despite this success, there are continuing disagreements about how democratization was achieved and whether the United States helped or hindered the process. Understanding this basic fact is essential if Korea is to continue expanding its own role in supporting democracy in Asia and eventually the North.

Since the birth of its own republic, the United States saw the spread of democratic values as a central part of the new nation’s identity and security. America’s founders saw an “Empire of Liberty” spreading across the continental United States to the Pacific Ocean. Thomas Jefferson believed that settlers in the Pacific Northwest would eventually establish independent republics that would remain friendly to the United States and resilient against the expanding British, Spanish, French and Russian empires around the Pacific. Democratic self-rule abroad, in other words, served American strategic interests from the beginning.

As Americans looked across the Pacific in the 19th century, leading strategic thinkers viewed maritime states as most prepared for democracy and the best buttress against the spreading colonization by European powers that might close off the Far East to U.S. trade. After opening Japan in 1853, Commodore Matthew Perry gave speeches in New York urging Americans not to “Christianize” the country. When Commodore Schufeldt opened Korea to trade two decades later, he made no such observations - indeed, he was initially confused in his expedition about whether Korea was under the Qing Empire of China or something closer to an independent state like Japan.

The influential American grand strategist Alfred Thayer Mahan echoed Perry in the late 1890s, arguing that the modernization of Japan would set an example that would increase U.S. access to the rest of Asia by establishing a model for independent self-government and resiliency against European colonization. His close friend Theodore Roosevelt argued that no race was incapable of democratization, but in order to keep Japan’s hands off the Philippines, he initiated the Taft-Katsura Agreement in 1905, which consigned Korea to the colonization Americans had tried to slow in Asia and the Pacific.

Yet over the same period, American missionaries did more to bring democratic values to Korean society than they did anywhere in Asia and the Pacific other than Hawaii. U.S. support for democratic societies knew no boundaries, but the government’s support for independently-governed states was constrained by the geopolitics of great power relations.

In the postwar period, the U.S. government again struggled to define democratic ideals in policy towards the Korean peninsula. The occupation of the U.S. Army came straight out of the bloody battlefields of Okinawa and had only Japanese-language officers on staff. They worked through the Japanese authorities to control Korea, which caused a number of younger U.S. Army officers and men to question why they did not support Korean democratic self-governance more directly. The fact was that the Truman administration wanted to get off the peninsula as quickly as possible to draw a more cost effective “defense perimeter” that would protect the offshore island chain (especially Japan and the Philippines) from Communism. With the 1950-53 Korean War the defense perimeter was drawn forward at the DMZ. After that, the policy of democratization was framed almost entirely in the context of anti-communism. American NGOs took steps to build democratic institutions, but primarily to combat pro-Pyongyang radicals on the left of Korean society.

The Vietnam War threw the American debate about values in foreign policy into great confusion. Congress passed legislation linking military and economic assistance to human rights, and Jimmy Carter came into office in 1977 promising to withdraw U.S. troops from Korea and to punish Park Chung Hee for suppressing the democratic opposition. The result of Carter’s policies was complete chaos, casting doubt about the U.S. military commitment elsewhere in Asia and forcing the president to retract his troop withdrawal pledge and largely abandon human rights promises.

Ronald Reagan then came to power, heavily influenced by the idea that the United States should stand with government’s like Chun Doo Hwan’s because the Communist alternative was so much worse. Yet before Reagan was even inaugurated, Chun had put Kim Dae-jung under a death sentence for subversion. Reagan’s foreign policy team quietly cut a deal with Chun to shift Kim’s sentence to house arrest and eventual release in exchange for a state visit to Washington. That emergency bargain saved Kim’s life but turned radical protestors on the left in Korea against the United States.

When Roh Tae-woo was announced as Chun’s successor, the Reagan administration took a strong line, as they had towards Ferdinand Marcos in the Philippines the year before. With growing voices in chaebol and the ROK Army calling for political liberalization, the American intervention mattered and Roh announced there would be direct elections for President.

In summation, the United States has not always done the right thing for Korean democracy, but in aggregate has done far more than any other country could or would have. The next big test of Korean democracy will be unification with the North. Americans have learned how important Korea’s democracy is to U.S. interests. I hope that Koreans appreciate that the U.S.-ROK alliance will serve as an anchor for democratic unification of the peninsula when that historic day comes.

*The author is senior vice president for Asia and the Japan chair at the Center for Strategic and International Studies and associate professor at Georgetown University in Washington, D.C.