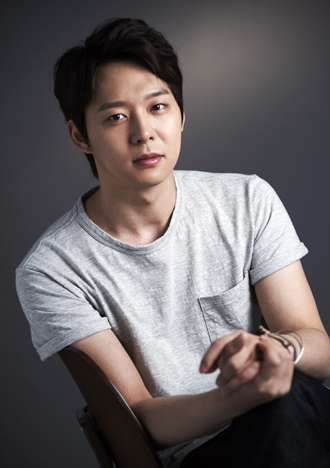 After taking part in several TV dramas, Park Yoo-chun, a member of the boy group JYJ, is making his cinematic debut in “Sea Fog,” which will be released next Wednesday.

Park will play a lead character alongside veteran actor Kim Yun-seok of “The Thieves.”

“Sea Fog” is based on a true story of seamen who face trouble while carrying Chinese stowaways to Korea in the late 1990s. Park takes on the role of Dong-sik, a young sailor on the vessel who learns to stand up to the ship’s captain, Cheol-ju (Kim).

While the captain makes decisions for survival, Dong-sik focuses on protecting Hong-mae, a stowaway in her early 20s.

“I’m just too excited. My heart might even pop out of my body,” Park told the JoongAng Ilbo, an affiliate of the Korea JoongAng Daily, in a recent interview.

A. The story is one that’s not very accessible. When I first read the script, I was in pain thinking about two different things - that I wanted to do it and whether or not I could make it work. But I was sure I could grow more [by making the film].

Did you have any problems using a Jeolla dialect?

The movie director told me not to feel too worried, but I thought my character needed to be much more vivid as the movie is based on a true story. I watched documentaries about seamen and I practiced speaking the dialect with staff members from Jeolla.

What was the most difficult thing for you to do while filming?

The hardest thing was to erase myself to solely show the character I was playing. I think I was trying to bluff and be pretentious when I was filming in the engine room where my character hid Hong-mae. I thought that no matter how shy Dong-sik was, he must have had some pride in being a seaman. I wanted that sentiment to show naturally.

Did you understand the tragedy shown in the movie after each seaman started to show his or her own desires?

I was able to understand the other seamen as well as Dong-sik, and that is why I felt sad. And because of that, there were many scenes I had a hard time filming. I even felt that the ship used for the filming looked so sad and desolate. Without Hong-mae, Dong-sik probably would have not been able to do anything [in the middle of the tragic scenes]. I was very jealous of Dong-sik’s ability to love someone so dearly.

What was it like to work with some veteran actors?

I was happy on site. They were all very warmhearted and I had a lot to learn. The movie helped me to naturally fill my thirst for acting.

Is there another movie genre you would like to try next time?

I want to do an action and a thriller. But first and foremost, I want to do a true-life love story about a very immaculate man from the countryside.