‘Roaring Currents’ to open in the U.S.

‘Roaring Currents’ to open in the U.S. 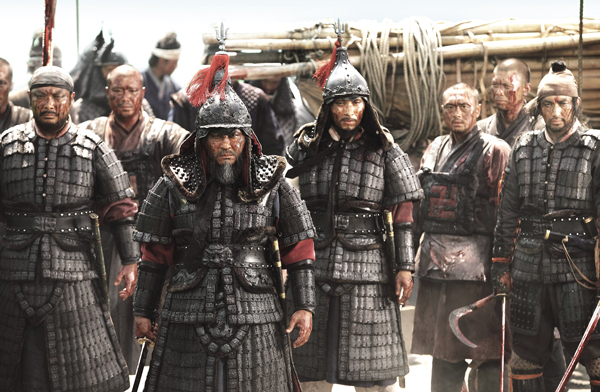 “Roaring Currents,” the Korean movie that’s been breaking box office records since opening last week, will also be released in the United States.

The movie is about Admiral Yi Sun-sin (Choi Min-sik) of the Joseon Dynasty (1392-1910) who led the country to a legendary naval victory against Japan. In the 1597 Battle of Myeongnyang, the admiral won with only 12 ships against the Japanese navy’s 300. An official from the movie distributor, CJ E&M, reportedly said that the film will open in major U.S. cities on Friday.

Although the movie will have a limited release in those cities, the official said the distributor plans to add more screenings.

It is being speculated that many Koreans living in the United States will go to see the film as it has been topping news headlines in their motherland. The movie brought in an audience of 680,000 on its July 30 opening day. It then set the record of bringing in the most viewers in one day by attracting 1.25 million to the big screen on Sunday.

As of Tuesday, the movie had more than 6.61 million people gather at local theaters, according to the Korean Film Council.