‘The Pirates’ is sold to 15 countries

‘The Pirates’ is sold to 15 countries 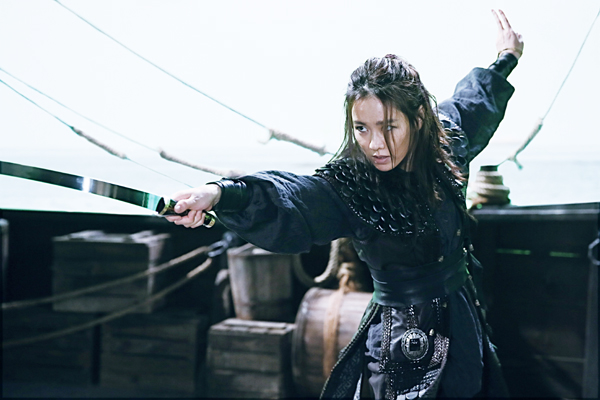 Another movie that recently debuted in Korea is looking to open in the United States following “Roaring Currents” last week.

“The Pirates,” which opened here yesterday, has confirmed that it will open in the United States before any other country in the world.

The film was sold to 15 different nations, including Japan, Belgium, the Netherlands, Luxemburg, Poland, India and Thailand, during the Cannes Film Festival.

It has broken the record as the Korean movie sold to the most foreign countries before opening, according to local media reports.

Many praised the period film, based on some records from the Joseon Dynasty (1392-1910), for including both comedy and a variety of large-scale action scenes.

The movie will be distributed through Well Go USA, the company in charge of releasing the 2012 movie “The Thieves” and 2013 movie “The Attorney.”

The film will hit theaters in the United States on Sept. 12.