In ‘Kundo,’ Yoon aimed to entertain

In ‘Kundo,’ Yoon aimed to entertain 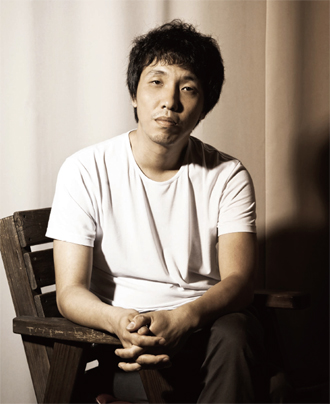 Top: Yoon Jong-bin moved away from creating films that dissect the maladies of Korean society and focused on entertainment value in his latest work, “Kundo: Age of the Rampant.” By Ra Hee-chan Studio 706.

Yoon Jong-bin,35, has changed his directorial style. If his previous works “The Unforgiven” (2005), “Beastie Boys” (2008) and “Nameless Gangster” (2012) are realistic in depicting Korean society, then his latest, “Kundo: Age of the Rampant,” is geared towards entertainment.

Set in the days of Cheoljong, the 25th Joseon Dynasty king (1831-64), the film revolves around the butcher Dolmuchi (Ha Jung-woo). He joins a society of bandits as Do-chi, who fights against oppressors such as Jo-yoon (Kang Dong-won), an aristocrat and government official who won’t let anything stand in his way.

As the good battle the bad, there is no doubt that this is one of the liveliest films of the summer. So when Yoon sat down with the JoongAng Ilbo, an affiliate of the Korea JoongAng Daily, the question that beckoned was why the director has changed his style and whether this was intentional or not.

Q. “Kundo” is your first period piece. How did it go?

A. Because there weren’t many places to shoot a period film, I traveled all around the country. There were so many preparations that needed to be made for the different scenes, but in terms of production, it wasn’t all that different just because it’s a period film.

The larger difference was the nature of the movie. My three previous works were all realistic films that examined Korean society. This one, on the other hand, I intended to shoot for entertainment purposes. That was the start of the project.

Why did you want to do that?

In “Unforgiven” I examined the labyrinth of Army culture, in “Beastie Boy” there was Gangnam and in “Nameless Gangster” I looked at the days of my father. I feel like I’ve examined the roots of violence in Korean society. I didn’t think there was anything more that needed to be said about the contradictions of our society. If I attempted to do more I thought I’d veer farther away from mainstream. In my previous works I labored over every concept to see if that’s what I wanted.

I also thought a lot about the camera angles and the movements in each frame - how it would all fit in with the theme. I was tired of thinking about all that, so I looked to my teenage years and the movies I liked back then, which were spaghetti westerns, chivalry and cartoons. So it made sense to work with those themes. 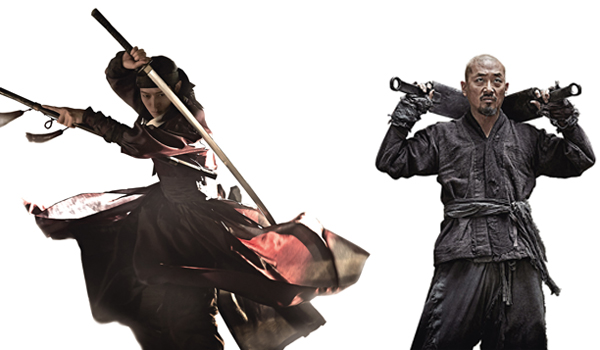 So how did you connect elements of westerns, chivalry and cartoons?

In “Jango” by Sergio Corbucci, the lead character drags around a coffin and draws his gun from it when it’s needed. I’ve modified that, which is why you see Dolmuchi wheel a cart around. Dolmuchi was inspired by “Taoist Mutul” by Lee Du-ho. Like the character from the cartoon, Dolmuchi is simple and cute. On the other hand, for Jo-yoon, I drew my inspiration from cartoonist Shin Il-sook’s “Lineage.” He was based on the evil king, who is cold yet beautiful.

How did you go about shooting to show chivalry in each scene?

Personally, I’ve got a lot of beef against action films of late. During action scenes they get close up to the character and use hand-held methods. The cuts are also short, which means you don’t get to see how these characters fight.

We had the camera in a fixed position so that the action sequences could be seen clearly. Because Kang Dong-won is so tall, has great proportions and is an expert with a knife, we tried to go for long shots that help you see everything. That way, the elegance of the action could be captured.

Just like in “Nameless Gangster,” “Kundo” also has a flavor of its own, and the characters are very interesting in the way they come together.

When making a film I try to combine two things. First, I try to think from the audience’s perspective: As the plot flows what would they want to see?

Second, as a director I think, ‘how can I not squander what this character has to offer?’ I alternate between the two perspectives for each and every scene

Why did you divide the film into five chapters?

During the film - about halfway through after Dolmuchi has joined the bandits - there is a part where Jo-yoon seizes land from some peasants. The viewers no doubt want to see Dolmuchi and Jo-yoon battle it out during that scene. But then, as the story unfolds without a fight it must seem boring, so we decided we should use narration to give additional information.

But because we thought narration in just one scene would be weird, we decided to incorporate it from the start. And to complete that, we thought we should divide the film into chapters, like a story. It’s like a cartoon by Ko Woo-young, because his films are always broken into chapters and there is always a narrator. 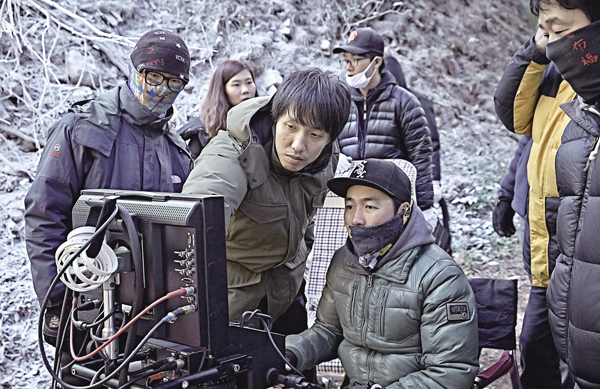 Yoon traveled throughout Korea to find the perfect shooting locations for “Kundo: Age of the Rampant,” his first period film. Provided by Show Box

Narration also works to inject humor into the film.

In order to make longer scenes exciting we added humor into the narration. There were other uses for it, of course. To introduce the secret society of bandits on Mount Jiri the narration almost gave it a fantasy-like vibe.

It’s funny to see Jo-yoon do a 180 as he becomes protective of his nephew.

In the beginning of the film it was important to add in Jo-yoon’s history so that the ending would make sense. As a boy Jo-yoon is caught trying to kill his half-brother, and in the process loses his mother and is loathed by his father. That was a scar he had to bear for the rest of his life.

So, in a sense, Jo-yoon could never have killed the baby himself. That’s why he orders Dolmuchi to kill his sister-in-law, who was pregnant with his nephew.

When he sees his nephew two years later, you can see he is dumbfounded. When that kid looked at Jo-yoon without knowing a thing, it’s as if Jo-yoon’s feelings change. In the final battle against Do-chi, when he tries to protect his nephew, he’s just being true to his instincts.

To disarm yourself in front of a newborn would be the natural human response. Of course, as it’s an action film, we didn’t delve too deeply into this, but still, we thought it’d be easy for the viewers to understand.

But as soon as you find a human aspect to Jo-yoon, you don’t want him to be punished as much.

To get a kick out of the villain being punished we thought the aristocrat getting a canonball blasted at him would be enough. In the battle between Dolmuchi and Jo-yoon we tried to depict sadness.

We left the audience questioning whether killing Jo-yoon would lead to better days for the people. After all, there is still a divide between the aristocrats and the commoners, the ruling class and the ruled.

With Jo-yoon gone it was inevitable that someone would take his place. Unless the structure of society changes, the conflict between the rulers and the oppressed will persist. Just look at our history; that’s why the final battle between Jo-yoon and Dol-chi is so sad. The film also has a lot of sunsets, which were symbolic of a hope that such an age would come to an end.

Although you said you wanted to make a film for entertainment, it seems like your movie has a lot of social messages.

When I was starting out on “Kundo” I wanted to make a film like “Mission Impossible” or “Pirates of the Caribbean” - a movie without a specific theme that is just entertaining. But as I was making the film I realized I’m not someone who can do that. As production rolled on there were messages I wanted to impart.

With “Kundo” done I need to ask myself what kind of films I am going to make in the future. To be honest, I’m curious to see what my next work will be. I hope I find the answer soon.