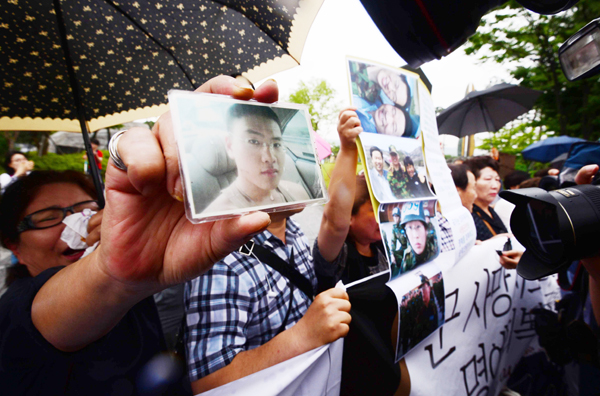 Relatives of those who died during military service show pictures of their late family members at a press conference yesterday in front of the Ministry of National Defense in central Seoul. After the case involving Private Yun, who died in April after being beaten by his fellow soldiers, was made public on July 31, the military came under fire for neglecting human rights issues regarding its soldiers. At yesterday’s conference, the demonstrators condemned the violence within the military and demanded the ministry recover the victims’ reputations. See stories on Page 6. [NEWSIS]