The human cost of building cars

The human cost of building cars 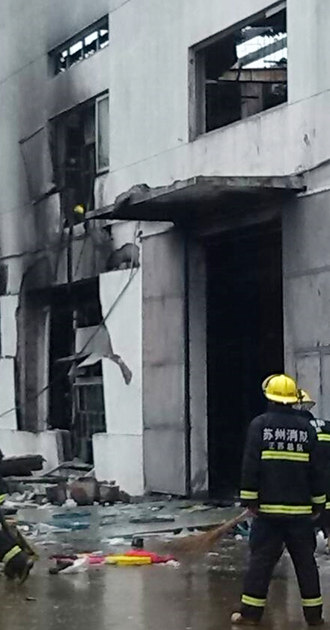 The site of an explosion at an eastern Chinese automotive parts factory in Kunshan City, Jiangsu province, Aug. 2, 2014. Dozens of people were killed by the explosion at the factory that supplies General Motors, state media reported. [AP/NEWSIS]

On Saturday, an explosion at a plant in Jiangsu province, China, that sold products to a General Motors supplier killed at least 75 workers and injured another 185. Two days later, Bloomberg News reported on a study estimating that better interactions with suppliers could have increased GM’s operating profits by about $400 million last year. The coincidence of these two stories seems to defy the cost-cutting logic that has driven most auto-supply work to the “China Cost.” Is it possible that an automaker could have made more money and avoided an appalling tragedy simply by not focusing so much on lowering costs?

The explosion, China’s most deadly industrial accident this year, occurred at a wheel-polishing workshop. An initial government investigation suggested that the plant didn’t have appropriate ventilation, fire-safety equipment or safety training. The factory apparently also had been previously warned about the potential for a dust explosion at the site. A senior Chinese official excoriated its management for a “dereliction of duty.”

Even worse, the tragedy took place just months after GM joined a number of global automakers in signing on to the “Automotive Industry Guiding Principles to Enhance Sustainability Performance in the Supply Chain,” a document that espouses “working together to attain the highest standard in business integrity and in the social and environmental performance of our supply chain” and articulated “minimum expectations” that included a statement on worker safety. Clearly these values somehow failed to “cascade” through the supply chain as far as Jiangsu.

This lack of transparency and accountability between supply-chain tiers is a product of extreme cost pressure across the industry. Because global automakers must leverage unit costs across global scales, each penny of cost can swing massive profits or losses. The screen of “proprietary information” can hide all kinds of dirty cost-cutting secrets. Automakers who place short-term unit costs above all else often find their public goodwill - if not always their savings - eaten up by the ugly realities of the low bid.

But for companies that have developed overly close relations with suppliers - most notably the Japanese keiretsu tradition - the veil of competitive secrecy can also give rise to cost inflation in the form of price-fixing and collusion. Some 36 people and 27 auto-supplier companies have been indicted or convicted in the United States, resulting in more than $2.3 billion in fines thus far in a more-than-three-year sweep of the industry by the Department of Justice’s antitrust division. In at least one case, a supplier executive who pleaded guilty to price-fixing even retained his job, indicating cost pressure on auto suppliers may not necessarily be applied universally.

Such schizophrenia between cozily dependent and brutally competitive supplier relations is not the only option. High-tech auto suppliers such as Nvidia - which makes hardware and software - have developed close working relationships with companies such as Audi and Tesla Motors that show a new way forward. Even traditional “nuts-and-bolts” suppliers such as axle and driveshaft maker Dana Holding say original equipment manufacturers are working to integrate supplier expertise earlier in the design process. As automobiles demand ever more components and systems that have nothing to do with traditional automotive technology, automakers are having to adopt a more conciliatory approach to the firms that can supply the technologies consumers demand. Such cooperation is good practice for a future in which the entire industry is threatened by transformative new technologies wielded by outsiders (see: Google).

But customers are looking for more in their products than just new technology. Especially in mature consumer areas such as food and clothing, people seek a sense of shared values with the companies from which they purchase. As this dynamic becomes more important, so too does supply-chain transparency, as witnessed by such designations as “organic,” “sweatshop-free” and “cage-free.”

We may be far from a certified “cruelty-free” car, but the popularity of models such as the Toyota Prius and Tesla Model S indicate that social values are becoming increasingly important to car buyers.

One imagines that as we get closer to having such an option, the possible profits deriving from higher supply-chain standards may only increase.

* The author, an auto-industry consultant, is the co-founder of Daily Kanban and the former editor of the blog The Truth About Cars.