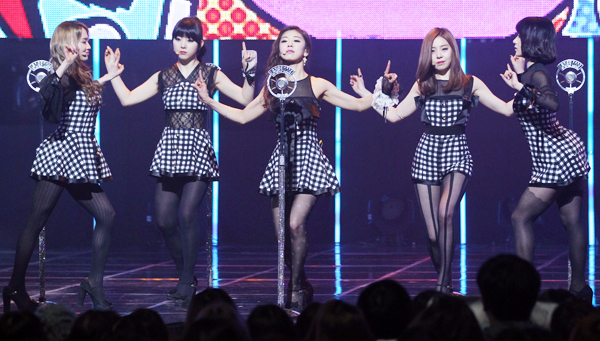 The new single, produced by Super Changddai, came out about six months after the digital EP “So Wonderful.” It has a funky melody mixed in with some exciting rhythm choices, said the group’s agency, Polaris Entertainment.

To celebrate the release of the new song, members held a guerilla concert in the streets of Myeong-dong, central Seoul.

“The surprise concert is to thank fans who have been waiting for the group’s new work,” said the agency.

“It will be a chance to see the group’s first performance to the song very close, so members [were] nervous while preparing for the concert.”

Ladies’ Code will be making appearances on many TV programs, including “Music Bank” on broadcaster KBS, today.