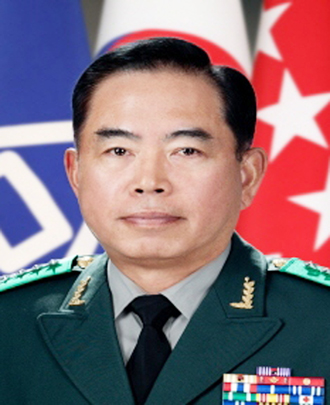 The government tapped General Kim Yo-hwan, the chief of the Army’s Second Operations Command, as the country’s new Army Chief of Staff, to replace Kwon Oh-sung, who stepped down to take responsibility for the death in April of a young conscript who allegedly suffered brutal beatings at the hands of his fellow soldiers.

“General Kim is the right person with the right attitude to reform the culture in the military and establish strict military discipline,” Kim Min-seok, the spokesman for the Ministry of National Defense, said at a briefing yesterday.

Born in Buan, North Jeolla, Kim, 58, is known as a specialist in field operations with extensive experience in the Army. He has worked in various positions, including as the Army’s vice chief of staff, chief of the Capital Corps and the director of the Army’s information support operations bureau.

“We hurried the appointment of the new Army chief, which was supposed to be made in October, as part of efforts to root out evil customs and overhaul the military into a developed, strong military,” the spokesman said.

Kwon, the former Army chief, offered to resign following mounting criticism over the death in April of a 23-year-old Army private who allegedly endured severe beatings by his superiors in the barracks.