Reaping what he sows

Reaping what he sows 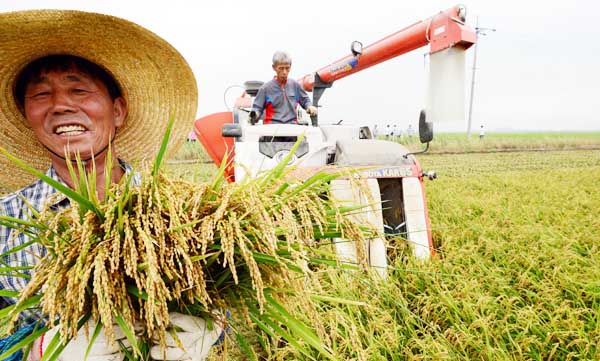 Kim Kyung-yang, a farmer in Busan, shows the rice harvest he collected yesterday only 109 days after he planted seeds on April 21. Yesterday marked what is known as malbok, the final of three days considered to be summer’s hottest. As Korea’s climate is increasingly becoming subtropical, double-cropping, where another crop is planted after the first is harvested, was attempted for the first time in Busan this year. [NEWSIS]