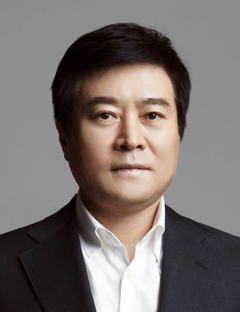 Lotte Corporation has fortified its communications sector with a new division that will focus on its subsidiaries’ major projects, the company announced yesterday.

The division, which will have more power than the existing communications department, will be headed by So Jin-sei, president of Lotte Supermarket and CEO of Korea Seven, which runs 7-Elevens in Korea.

Creating the new department became a priority after Choi Jong-won, head of the communications department, took leave two weeks ago due to health issues, an official at Lotte said Friday.

Communications management is crucial as the company has been negotiating with the Seoul Metropolitan Government to get approval to open Lotte World Mall in Jamsil, southern Seoul, which is completed and ready to open its 1,000 stores.

“In addition to Lotte World Mall and World Tower in Jamsil, Lotte has many large-scale projects in Korea and abroad. The company realized the importance of communications especially for huge projects and decided to strengthen the communications sector,” said the Lotte official.

So will lead the new communications division, while keeping his roles heading the supermarket and Korea Seven. With his team, he will supervise the communications department and cooperate with outside parties, mostly by helping Lotte’s subsidiaries in their major projects with other companies.

Since construction was finished in June, Lotte has not been permitted to open the mall due to city laws that require provisional service approval to open part of a building complex before the construction is complete on the entire project. The 555-meter (1,821-foot), 123-story World Tower nearby is still a work in progress with 75 stories complete. The city has refused to grant Lotte permission to open the mall, citing traffic issues on Olympic-daero - 50 meters away from the Lotte World Mall plaza - where an underground tunnel is set to be built.

The upper-level change at Lotte isn’t the first in recent months. In April, Lotte Department Store President Shin Heon resigned after he was accused of taking bribes from suppliers during his years as the head of Lotte Homeshopping. Lotte Department Store has been trying to reform the company, starting campaigns such as Clean Lotte.