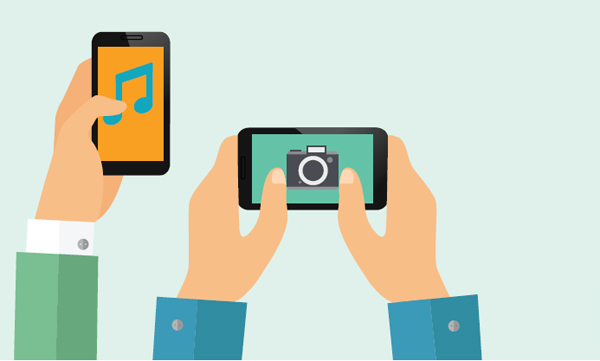 Thanks to smartphones, we can now take pictures on the fly and listen to music on the go, but which function do men and women use the most?

A recent survey by online shopping mall Auction further explored the way Koreans use their phones and found that besides Internet use, men would more often listen to music while women took photos and video.

From Aug. 1 to 6, Auction asked 925 of its customers online which smartphone functions they used most often second to the Internet.

Auction said in the report that its sales of phone accessories from July 6 to Aug. 7 increased by 25 percent over the same period last year. Sales of external batteries were up 35 percent and waterproof covers increased 82 percent.

In line with the survey results, the online marketplace said it is holding a sales event called “Phone Story” through Aug. 18, giving a 50 percent discount every day to the first 100 buyers who purchase phone accessories. From Aug. 25 to 31, “selfie canes” will be discounted 60 percent.

“Because summer vacations are scattered and the Chuseok holiday is long this year, we estimate smartphone accessories will be popular until September,” said Kim Ah-yeon, team manager of Auction’s cell phone department.