Flying deep into the hive in ‘The Bees’

Flying deep into the hive in ‘The Bees’ 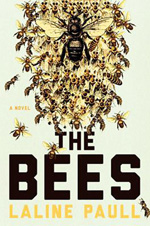 LONDON - Three years ago, playwright Laline Paull began to notice bees in her garden in Sussex, southeast England. Her interest was inspired by the death of a beekeeping friend.

“Angie had breast cancer, and she wasn’t going to make it. I was awed at her graciousness in the face of her terror and when she died, in order to keep that feeling of how wonderful she was, I started reading about bees. She was gone but the bees were not gone,” she said.

The more Paull read the more inspired she was. “Everything I read made me think ‘Wow, they do that? They fly how far? It takes how many bees their whole lives to make a teaspoon of honey?’”

The result is her debut novel, “The Bees,” a story of intense drama within a hive, framed by a biological integrity that intrigues and informs.


Through the protagonist Flora we learn of the hive mind, the blissful scent of mother love, nectar gathering and encroaching sickness. The pampered drones (male bees) are sketched with expert humor as the females “worship to his maleness,” before disaster strikes.

Paull studied English at Oxford, screenwriting in Los Angeles and theater in London. She is a member of BAFTA and the Writers Guild of America.


Q. Do you keep bees yourself?

How much authenticity is there in the social organization of the beehive?

The all-female society was fascinating: The queen is the mother of all. The mother-love scent is real. If the queen is ailing, the bees will make new queen cells around the edge as if they are hiding them. Then the first princess out will pipe out a war cry, she will seek the others and kill them in a fight to the death. It’s brutal nature, “red in tooth and claw.” The drones [male bees] are so comic in an affectionate way. Well, a lot of women feel that about a lot of men. I thought that would be poignant. That is what the human animal is like: You don’t realize that it’s all going to come to an end.

Were your intended readers adults? 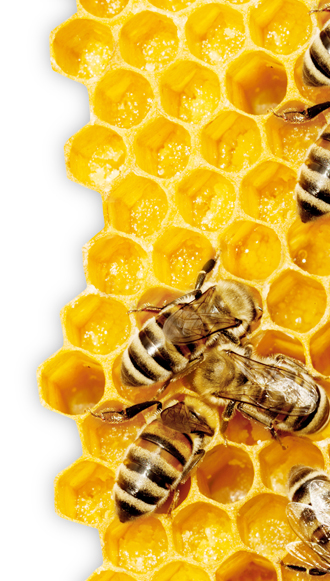 I just wanted to write a good story, I was fascinated by the drama of bee life, the violence, the beauty and the poetry that I saw there.

Is there a deeper message - about preserving bees?

As I went more deeply into the research, I was confronted by the plight of bees as pollinators and the use of pesticides. It’s a strong drama underpinned by the truth, and every time I was wondering which way to go in the narrative I went back to the real biology of the hive. Colony collapse disorder is endemic now, in parts of China people are pollinating by hand.

Have you been surprised by the success of your book?

Yes. So thrilled it seems to have struck a chord. I’m getting tweets from 10-year-olds and people in their 80s, and even beekeepers saying how much they enjoyed it. That’s really high praise.

You have a background in screenwriting, and theater - why fiction for this story?

Fiction is always where I was headed. The bar is so high, but a good book is such a wonderful thing, so pure between you and the reader.

Can you see it being made into a film?

I don’t know. It would have to be somebody pretty visionary to avoid the trap of making it cutesy: Please God, no love story between Flora and the drones. I almost don’t dare to think of it.

If you had to liken “The Bees” to another book, what would it be?

That’s a dangerous question. I love Aldous Huxley, I love George Orwell - that sense of alienation and somebody struggling to make sense of the world.

Will you continue with this nature theme in your next book?

Yes. I’ve always been interested in the natural world and it gave me huge pleasure as a child. I could be absorbed for hours by sticklebacks in a jar; that sounds like such a bucolic pleasure now. Being able to immerse myself in research about the natural world is such a joy.