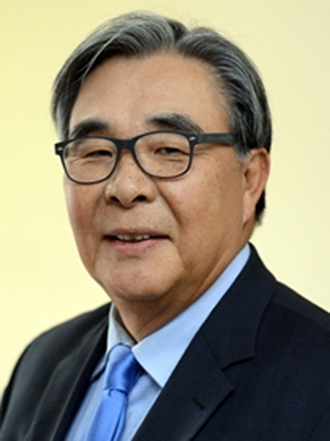 Pyo, who has headed the National Competitive Center at Seoul National University since 2002, said temporary stimuli focused on propping up the domestic market won’t last long.

The main feature of the recession-type surplus is a lack of investment, rather than a decline in consumption.

Not only has investment in facilities and equipment decreased, but also imports of intermediate goods and energy, which are needed to develop new products for the global market.

What are your thoughts on the finance minister’s emphasis on reviving the domestic market?

It is a fragmentary measure to increase income, only because the slump in consumption leads to reduced investment.

Sharing dividend income and boosting wage income cannot be a critical prescription. We should not approach economic policy from the perspective of populism.

The focus of policy making should be on how to recover the competitiveness of major industries.

Shouldn’t we develop new industries in the service sector?

Although the service industry cannot completely replace manufacturing business, there is room for growth.

The problem is that public companies occupy the major service industries such as energy and health care.

In the case of the financial industry, the government has blocked large corporations with money from entering the market.

In order to revive service industries, regulatory innovation must occur.

As in Abenomics, will we need economic restructuring for long-term growth?

We are heading against structural reform when we talk about restructuring. The government should not have told companies to share cash because they have much cash reserved.

If policy makers put themselves in the place of company owners and think about whether they want to invest now or whether it is the right moment to invest, the answer would be easy.

What should the government do?

It should return to legitimate economic growth policies.

The government must come up with a policy that will institutionally help large corporations and small and medium enterprises to jump into investment on their own.

The domestic stimulus only takes effect when low-income families’ earnings get higher. The answer is to increase investment and create jobs.