Brick by Brick: How LEGO Rewrote the Rules of Innovation and Conquered the Global Toy Industry 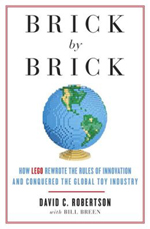 “Brick by Brick” takes you inside the toy company as you’ve never seen it. By following the teams inventing some of the world’s best-loved toys, it spotlights the company’s disciplined approach to harnessing creativity and recounts one of the most remarkable business transformations in recent memory.

“Brick by Brick” also reveals how LEGO failed to keep pace with the revolutionary changes in kids’ lives and began sliding into irrelevance in the last decade.

No Easy Day: The Firsthand Account of the Mission that Killed Osama Bin Laden 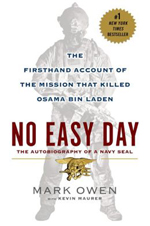 The No. 1 New York Times best-selling first-person account of the planning and execution of the Bin Laden raid from a Navy SEAL who confronted the terrorist mastermind and witnessed his final moments.

From the streets of Iraq to the rescue of Captain Richard Phillips in the Indian Ocean, and from the mountaintops of Afghanistan to the third floor of Osama Bin Laden’s compound, operator Mark Owen of the U.S. Naval Special Warfare Development Group - known as SEAL Team Six - has been a part of some of the most memorable special operations in history. 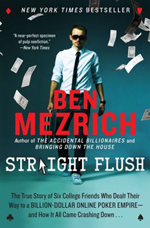 This is a larger-than-life true tale of how a few frat brothers from Montana turned a weekly poker game in a dive bar into one of the most lucrative online companies in history. Based on extensive insider interviews, Ben Mezrich - best-selling author of “The Accidental Billionaires and Bringing Down the House” - chronicles the creation of AbsolutePoker.com. He documents the company’s initial operations in the jungle paradise of Costa Rica where its founders lived an outrageous lifestyle of girls, parties and money; as well as the gray area of U.S. and international law in which they created an industry. Soon, the U.S. Department of Justice was gunning for them. Should they fold - or double down and ride their hot hand? Impossible to put down, “Straight Flush” is an exclusive, never-before-seen look at one of the wildest business stories of the Internet age.