For a fulfilled life, a clay home is where the heart is

For a fulfilled life, a clay home is where the heart is 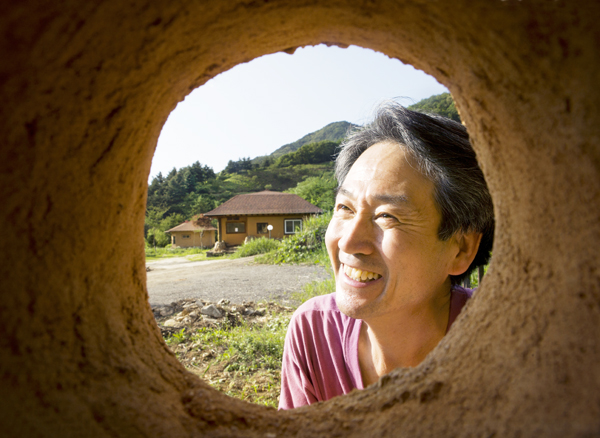 Ko Jai-soon smiles in front of his clay house. Ko, a doctor of philosophy, once taught at a university but quit after suffering from an illness he presumed to be caused by sick building syndrome. He began to focus on studying what is needed for a healthy and happy life and then started a clay-house construction movement.

The village is located on the foot of Mount Baekun.

“Up until now, I’ve urged people to live in clay houses for the sake of physical health,” Ko said.

“Now, I’m shifting the focus to mental health and happiness.”

Ko, with a gentle smile and calm tone of voice, once taught philosophy at universities after obtaining a doctoral degree in philosophy at the University of Innsbruck, Austria as a 33-year-old.

But Ko quit his job and returned to his hometown, Maeji, in 2000.

He prepared for five years to return to farm.

“When I was young, I dreamed of becoming a doctor of philosophy and lecturing at university,” Ko said.

“Finally, my dream came true. I started to live in a newly-built apartment next to the university where I taught. But since then, I got gradually sick. I think it was sick building syndrome. In addition, working at a university was not so exciting as I expected. So I quit my job.” 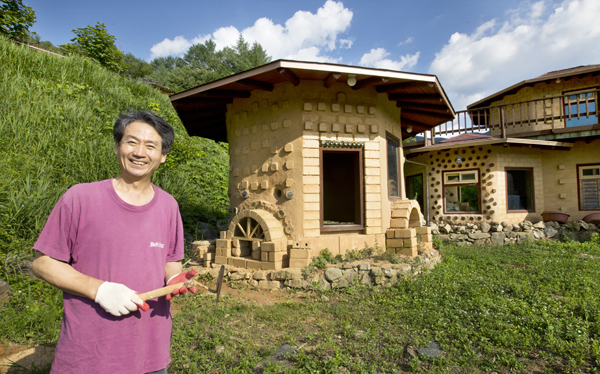 He emphasized that one of the biggest reasons he decided to move to the countryside was for his health.

“The most important thing for people is life,” he said. “Living an unhealthy unhappily has no meaning. So I started studying nature and life.”

He studied ways to maintain good health and farming for food in accordance with nature. After a long time researching, he concluded that he should build a house made of red clay bricks and live in it.

Another important feature of a clay construction is to make it waterproof. Luckily, it is easy to find eco-friendly waterproof materials these days, Ko said, so you only have to buy it and cover the walls with it.

That is why people need to build ecological houses, which is what he is doing now, according to Ko.

“If it is difficult to move to a clay house, try to cover the walls of one of your room with red clay bricks,” he said. 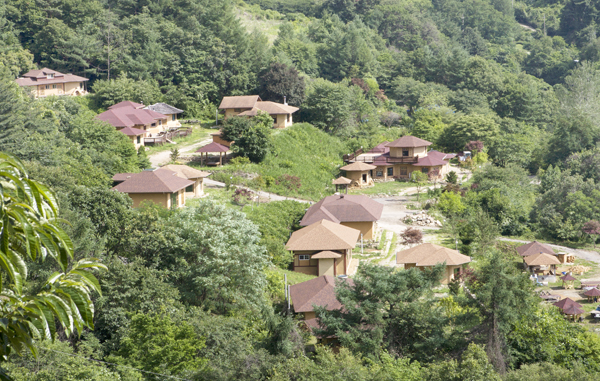 “It requires only a few million won. Shouldn’t you live healthy while living in an apartment that costs hundreds of millions of won? Use clay at least for your bedroom walls.”

Ko will develop his life philosophy on clay houses further. He has long emphasized the importance of clay houses for physical health, and now he plans focus on mental health.

You need to create a habit of living life in harmony with nature, Ko said.

“Do work a lot in spring and summer, work less in autumn, and in winter, do no work but take a good rest.”