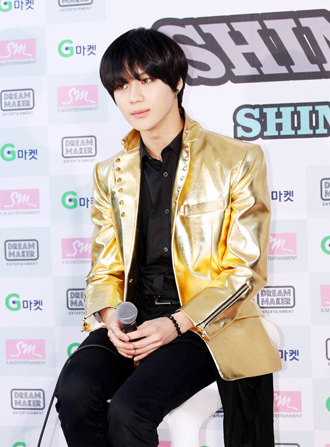 Tae-min, of boy group SHINee, will make his solo debut six years after his first appearance in the entertainment industry.

The singer will release the mini-album “ACE” on Aug. 18 to accentuate his talents.

“He has been approved for [his] charming voice and powerful performance all across the world, and considering that it is his first solo gig in six years after the debut, many are excited at the fact that he is preparing his own solo album,” said Tae-min’s agency, SM Entertainment.

A teaser video of the singer was already released through Tae-min’s official website.