In the military, a few strong men

In the military, a few strong men 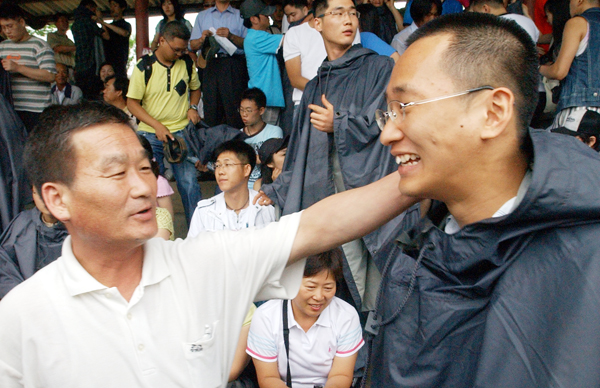 In a previous column, I talked about the system in which football players and national athletes attempt to gain military draft exemptions by winning on the field. Indeed, we have witnessed players’ uncomfortable desperation in many international matches. But have we ever thought outside this frame? A top-class team that fights with honor to become the best and in which the players perform to defend their honor is something that we no longer have.

The draft system has not only ruined sports but also the military. It is never a sin for soldiers to waste their time, looking at the clock on the wall - provided by the Ministry of National Defense - that was hung upside down at the barracks.

Soldiers who receive a 100,000 won ($97) monthly payment are killing their time in the military because they have no conviction to perform their duty. Their responsibilities are decided by the lot - one goes to a guard post at the border, while another becomes a driver and another is sent to the military hospital. The military is structured so that our young men learn the lesson that their life is dependent on having good connections.

Those who served in the military on full terms are destined to feel bitter about a country that has ended the practice of providing additional points for their service. And they have no choice but to hate the people who demand an alternative military service system. Arguments concerning male chauvinism and fraternity naturally serve as their justification. The unhealthy union between a draft system that has extorted society’s energy and the mounting evil effects from it could have only created someone like Sergeant Lee, one of the suspects thought to have contributed to the abrupt death in April of a 23-year-old Army conscript.

To create a stronger military and remove the deep-rooted evil in our draft system, we must let go of the many who are undisciplined and unprofessional and adopt a new system comprised of a few strong professionals. Is it wise to thinly distribute the country’s limited resources to hundreds of thousands of soldiers? The military must be filled with the professional soldiers who want to realize their dreams, support their families through their jobs and plan for their futures.

Some may say that it is a lame argument, especially taking into account the hostile situation between the two Koreas. But we have never had a serious discussion on this issue. Who knows if the discussion may bring about a surprisingly great outcome? Who knows if our athletes may fight in international competitions with pride. We may even have a stronger military. And, who knows? The country may make the leap to the next level.

*The author is a national news reporter for the JoongAng Ilbo.