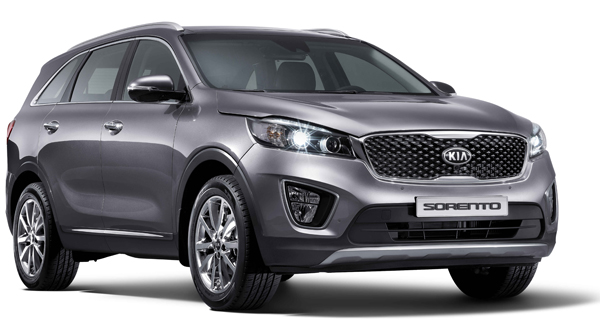 Kia Motors said yesterday that it has started preorders for its new Sorento, to officially be released on Aug. 28. The nation’s second-largest automaker also unveiled a photograph of the new midsize sport utility vehicle for the first time.

Kia’s Sorento is the company’s hit sports utility vehicle that has so far sold more than 2.07 million units since its debut in 2002. The latest Sorento is a fully made-over third generation model. The second generation was released in 2009.

The affiliate of Hyundai Motor Group said that the all-new 2015 Kia Sorento will boast a more spacious interior than previous models. Prices range between 27.65 million won ($26,800) and 34.36 million won.