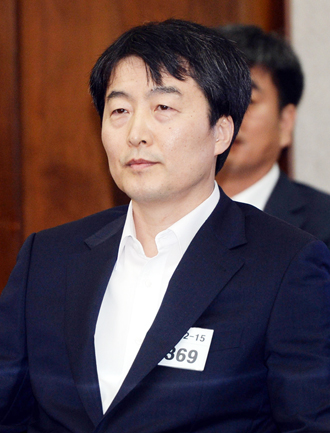 Rejecting the prosecution’s charge that Lee and six other UPP members plotted to overthrow the government in the event of war with North Korea, the Seoul High Court ruled yesterday there wasn’t sufficient grounds to believe the accused had actually conspired to instigate a rebellion against the state, citing a lack of underground meetings that would have been necessary to plan such anti-state activities if Pyongyang declared war.

But the court said it was clear that Lee and six other defendants discussed instigating an armed rebellion, though they stopped short of actually drawing up a detailed plan, which would have constituted a plot to overthrow the government.

“The defendants discussed ways to overthrow the government as proposed by Lee Seok-ki if a war broke out [with the North] but did not reach an agreement in detail on how to carry them out,” said presiding Judge Lee Min-geol before a packed courtroom yesterday during more than two hours of deliberation.

In addition to the nine-year jail term, the court stripped Lee of the civic right to vote or run for office for seven years following his release from prison.

Six other defendants who were convicted of plotting to overthrow the government and of breaking the National Security Law by a lower court all saw their jail terms commuted by two to three years yesterday.

The court handed down a five-year prison term to Kim Hong-yeol, director of the UPP’s Gyeonggi chapter, down from seven. Lee Sang-ho, an adviser to the Gyeonggi Progressive Alliance, was given a four-year prison term.

The court said considering all the evidence provided by the prosecutors, it was hard to conclude that Lee and the six others followed through on Lee’s proposal to subvert the government with actual plans, citing a lack of additional discussions following a lecture for UPP members in May 2013. During the May meeting, Lee talked about aiding North Korea in the event of war with members of the so-called Revolutionary Organization, the alleged UPP’s underground organization.

The judge reasoned that in order to charge a defendant with conspiracy to overthrow the government, “it must be discovered that the accused had an exact date to carry out an attack at a specific location with a clear objective through a clear attack measure,” none of which were substantiated by the prosecutors in Lee’s case.

The court, however, found the 52-year-old lawmaker and the six other defendants guilty of instigating to destroy key infrastructure in rebellion against the country to aid the North in the event of war, refuting the defendants’ claim that Lee was simply lecturing fellow party members to prepare for a new era of international relations that would herald a long-lasting peace.

“Lee defined the state of South Korea as subjugated to U.S. imperialism and instigated others to seek ways to destroy the existing order. The other defendants all agreed with Lee’s assessment,” said the judge, who also pointed out that Lee lectured others to destroy national infrastructure during a meeting arranged by the UPP, which is funded by taxpayers’ money as a political entity. That calls for a heavy punishment for the accused.

“As a lawmaker with a grave responsibility entrusted by the people, Lee committed a grave crime,” said the judge.

The court also ruled Lee and the other defendants violated the National Security Law for praising Pyongyang by singing North Korean military songs including “Revolutionary Comrade” and possessing unapproved material related to Pyongyang.

The courtroom was packed with Lee’s supporters and press.

Before the ruling, hundreds of UPP supporters filled the street in front of the Seoul High Court in Seocho District, southern Seoul, chanting, “Release Representative Lee Seok-ki.” On the other side of the street, a few dozen elderly men from conservative groups chanted, “Death to Lee.”