Exhibit on ancient gates unlocks history of Catholicism in Korea

Exhibit on ancient gates unlocks history of Catholicism in Korea 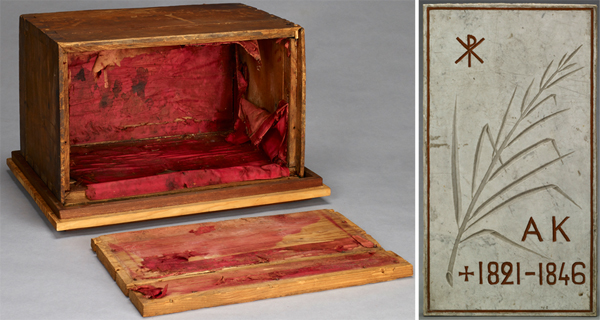 Above: The wooden box that contained the remains of Korea’s first priest, Kim Dae-geon (1821-46), and the marble plate that covered the box., Below: The front door of Pek Dong Abbey, which the Benedictine Order set up in today’s Hyehwa-dong area. All images provided by the museum

Known as “Seoul Wall” or “Hanyang Fortress” today, it had four major and four smaller gates. Currently, only six remain.

The gates functioned as entrances and exits during the Joseon era. They opened and closed at designated hours and controlled traffic in and out of the capital. Needless to say, these gates witnessed Joseon’s 500-year history - both good and bad.

Now, an exhibition has launched that examines the events witnessed by two of the smaller and lesser-known gates, Seosomun and Dongsomun, particularly related to Catholicism in Korea.

The former doorway was where many Catholic missionaries and believers were persecuted publicly while the latter was where an abbey was built that functioned as Korea’s first vocational school. 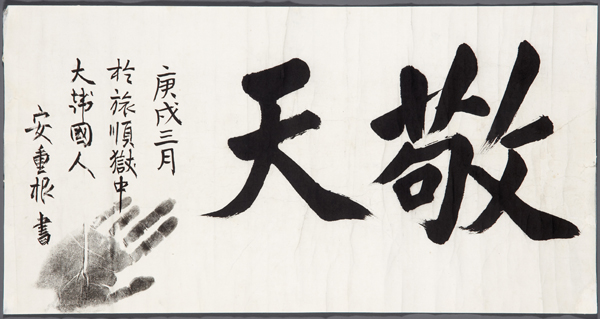 A 1901 piece of calligraphy by independence fighter Ahn Jung-geun (1879-1910). It says gyeongcheon, which means “respect for heaven.”


The gates and Catholicism

Titled “Ode to the West and East Small Gates,” the exhibition is the largest ever to explore the history of Catholicism in Korea, organizers say. There are about 400 relics on display, some of which are being shown to the public for the first time.

“It can be thought of as two exhibitions or one exhibition,” said Kang Hong-bin, the director of Seoul Museum of History, referring to the fact that the display consists of one section dedicated to the West Small Gate (Seosomun) and the other for the East Small Gate (Dongsomun). 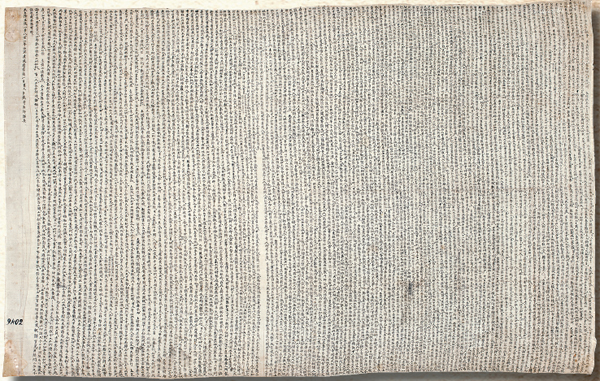 Kang said that the exhibition is an opportunity to prove that the museum is not a venue limited to the history of Seoul but to history in general.

“Our museum is dedicated to telling the history the land remembers, and that includes the history of Catholicism,” said Kang.

The exhibition was, in fact, scheduled to be held between Christmas this year and Easter next year; however, with the Pope’s visit, the organizers moved the schedule forward. The exhibition is a collaboration of the museum, the Archdiocese of Seoul, Waegwan Abbey (a Benedictine monastery in Chilgok, North Gyeongsang) and the Benedictine Abbey of St. Ottilia in Emming, Germany. 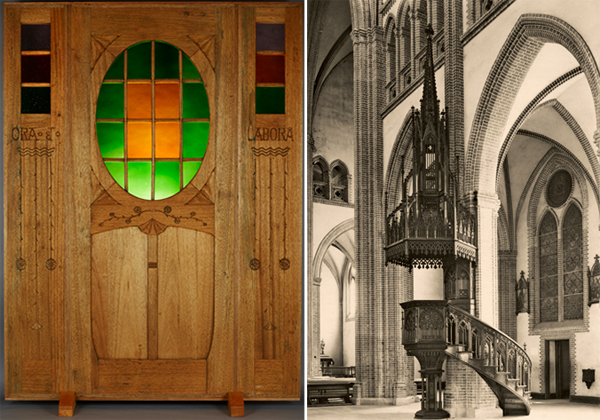 One of the most interesting artifacts in the West Small Gate section is “Silk Letter written by Hwang Sa-yeong,” a message Hwang, a Catholic believer, wrote to the Catholic community in China in 1801. In the letter, which contains 13,111 characters, Hwang details persecution against Catholics in Korea and calls for help.

This exhibition marks only the second time that the letter, kept at the Vatican Museums, is being shown to the Korean public since 2001. Also worth seeing are the wooden box that contained the remains of Korea’s first priest, Kim Dae-geon (1821-1846), and the marble plate that covered it. Both relics were used to transfer Kim’s remains to Yongsan Theological School.

In the section on the East Small Gate, the most notable artifact is the front door of Pek Dong Abbey, which the Benedictine Order set up in today’s Hyehwa-dong area. It was Korea’s first vocational school between 1910 and 1923 and fostered 465 artisans during its operation. 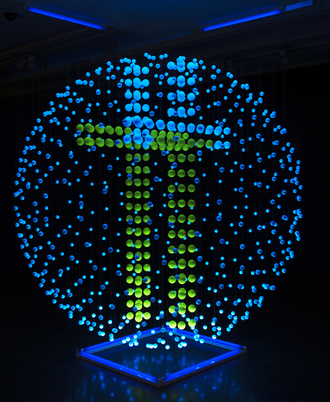 “Glory” by Kim Seung-hwan uses lights to create a cross and honors martyrs.

The stairs to the pulpit of Myeongdong Cathedral, also on display at the exhibition, was the work of the abbey’s artisans.

Besides these relics, the exhibition also showcases some artworks and portraits of Catholic martyrs. Among the art, “Glory” by Kim Seung-hwan, which uses lights to create a cross installation that honors martyrs, stands out the most.


“Ode to the West and East Small Gates” runs until Oct. 31 at the National Museum of Seoul in Jongno District, central Seoul. Admission is free. The museum closes every Monday.