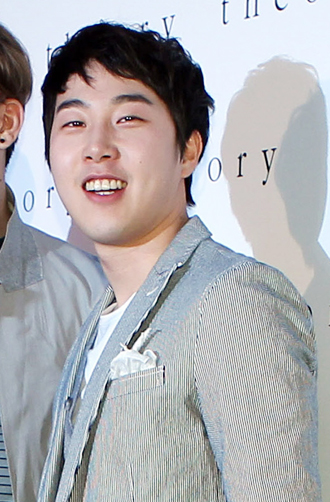 Jang Bum-joon, the lead singer of boy band Busker Busker, will soon release a solo album. The singer posted a letter on his online fan cafe yesterday explaining why he is bringing out the record, which will debut Tuesday.

“This album started from a very small plan for my friends and I to record a song to post on an [online] cloud before I enlist,” he said.

Jang was supposed to begin his mandatory military service last year on Dec. 24, but his girlfriend became pregnant in early December so he postponed his enlistment.

Due to the delay, Jang decided to embark on projects he planned to begin after completing his duty, including producing an album.

“I wanted to make an album before my baby is born into the world, so I produced songs that my friends were working on to make things official,” he said.

He added that it was hard for him to work on the technical parts of making the album, such as rearranging or recording songs.