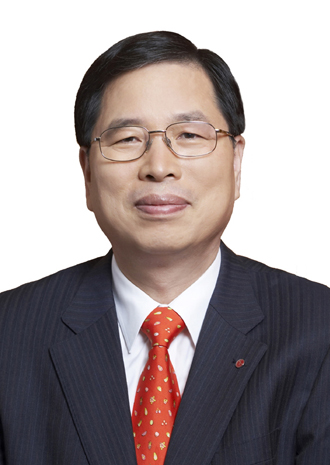 “We are planning to overcome the slump in the petrochemical business, which is challenged by low growth in the global economy, the rise of China’s self-sufficiency and the shale gas boom,” the company said in a press release.

LG Chem said it will first boost competitiveness in EP, SAP and synthetic rubber. Revenues from these three products are 2 trillion won, but the goal is to increase that to 4.5 trillion won by 2018.

The global automobile EP market is likely to grow 6 percent per year, the company says, while China is expected to have annual growth of 8 percent or more.

“We want to increase our automobile EP sales as a portion of total sales from 30 percent to 50 percent by 2018,” the company said. “LG Chem is currently building a tech center in Huanan, China, for our global customers and an additional overseas production base is under review.”

For SAP, mainly used in diapers to absorb fluid, LG Chem said it wants to double annual sales to 1 trillion won by 2018. The company expects the 20 billion won expansion of its plant in Yeosu, South Jeolla, will produce 360,000 tons of SAP from 2015.

For synthetic rubber, the company aims to deliver products for use in environmentally friendly tires.

LG Chem said it will invest 120 billion won on R&D in the petrochemical sector, while boosting efforts to find new materials and promising businesses.

The company said it first wants to pursue substantial growth in the water treatment filter business through its affiliate LG NanoH2O. LG Chem in March announced it would acquire the California-based company, which has expertise in reverse osmosis membranes for desalination, for $200 million.

In addition, LG Chem will strengthen efforts to develop materials like carbon nanotubes and carbon plastics.

“The traditional cycle in the petrochemical business is collapsing and it is no longer possible to make high profits with existing commodity products,” said LG Chem CEO and Vice Chairman Park Jin-soo. “We will make a business structure that can perform well in any kind of situation with our differentiated products and new materials through R&D.”