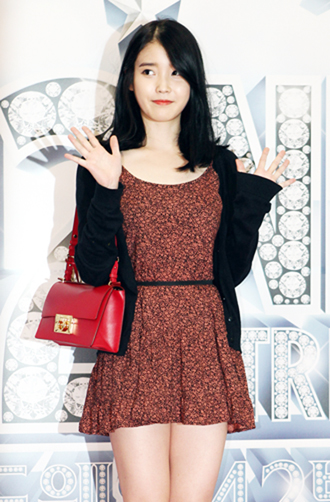 Pop star IU will stand behind a microphone over the Chuseok holidays, but not to sing.

The singer has been chosen to host an entertainment show on broadcasting channel KBS during the early September holiday.

The show will be a pilot episode based on a previous program by the channel called “Jaengban Noraebang,” which translates into “plate karaoke” in English. The series, which was popular in the early 2000s, asked celebrities to memorize lyrics of different children’s songs. If they got the lyrics wrong, they were hit by a large plate that hung above their heads.

Earlier, the channel announced that Shin Dong-yup of the talk show “Witch Hunt” would be one of its MCs.

As IU also has experience hosting entertainment shows such as SBS’s “Popular Song,” many fans are eager to see what kind of chemistry the two entertainers will have.

The show will air on Sept. 9 at 6:20 p.m. for 90 minutes. Many local celebrities, including singer Ailee and comedian Shin Bo-ra, will team up to sing.