Woods takes himself out of Ryder Cup

Woods takes himself out of Ryder Cup 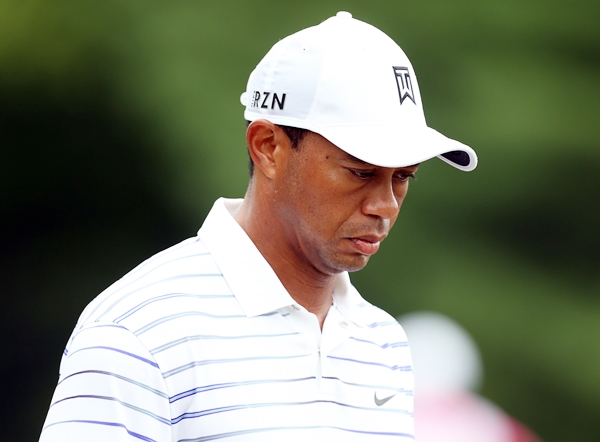 Tiger Woods ruled himself out of contention for a wildcard spot on the U.S. Ryder Cup team due to lingering back problems on Wednesday and has been told by doctors not to play or practice until his condition improves, said the former world No. 1.

Woods, who had surgery in March to treat a pinched nerve and has played just eight tournaments this year, asked U.S. captain Tom Watson not to consider him for one of three wildcard picks for the biennial team competition against Europe next month.

Watson will announce his three picks on Sept. 2 to complete his 12-man team to take on holders Europe at Gleneagles in Scotland from Sept. 26-28.

“While I greatly appreciate Tom thinking about me for a possible captain’s pick, I must take myself out of consideration,” Woods said in a statement.

“I’ve been told by my doctors and trainer that my back muscles need to be rehabilitated and healed. They’ve advised me not to play or practice now. I’m extremely disappointed that I won’t be ready for the competition. The U.S. team and the Ryder Cup mean too much to me not to be able to give it my best. I’ll be cheering for the U.S. team. I think we have an outstanding squad going into the matches.”

Woods, a 14-time major winner, said on his official website that he planned to return to competition for the Dec. 4-7 World Challenge tournament which he hosts, to be played this year in Orlando, Florida.

“It’s an event that’s important to me and my foundation, and it will be exciting to be playing again,” he said. “I was fortunate that my recent back injury was not related to my surgery and was muscular only.”

Woods has struggled for form since recovering from back surgery in late March and missed the cut at last week’s P.G.A. Championship, only the fourth missed cut in a major of his professional career.

Though he had pronounced himself fit to compete after recovering from back spasms that forced him to withdraw from the WGC-Bridgestone Invitational the previous week, he looked rusty and out-of-sorts in both rounds.

By some distance the leading player of his generation and arguably of all time, Woods had previously missed the cut as a professional at the 2006 U.S. Open, 2009 British Open and 2011 P.G.A. Championship.

The 38-year-old appeared on seven U.S. Ryder Cup teams between 1997 and 2012 ,but missed the 2008 edition at Valhalla Golf Club after having knee surgery earlier that year.

“My primary wish is for Tiger to be healthy and competitive, and I hope that he’ll return to the game very soon,” U.S. captain Watson said in a statement.

“Of course, I’m disappointed that Tiger Woods has asked not to be considered for the U.S. Ryder Cup team, and that his health is not where he would like it to be.

“However, I think we can all agree that we need Tiger Woods in this great sport, and he has taken the high road by informing me early on in the selection process.”

The Americans will be bidding to end a run of seven losses against Europe in the last nine Ryder Cups, their most recent victory coming in 2008 under the captaincy of Paul Azinger when Woods was absent.